“You know what you know……

The world paid a great price for HUMANITY today…and sad to say….we will never really know just how much price that HUMANITY actually will have been paid far into the future….for something that was at the time when only the ax of public opinion had fallen….but the head had still chopped off of an Angel of Mercy….essentially because of what was then “perceived truths”….and when the head fell…..Atlas shrugged not once but twice.

The first shrug came when a seven time world cycling champion, Lance Armstrong, fell from grace….after being found guilty in the court of public opinion for transgressions he supposedly did seven (7) years prior regarding the use of performance enhancing drugs ….and the world of cycling was changed forever.

Years later, after being completely castrated by public opinion and continuing to amass tremendous legal fees in an attempt to defend his position….Armstrong admitted to the charges of doping that he had so adamantly denied.  I like to think and hope that it was the Angel of Mercy side of him who fought the good fight for Livestrong.

When Atlas realized that as a result of this particular hero’s fall from grace in cycling….that in his decent….was also an Angel of Mercy to millions of HUMANS around the world….for the decent of the cycling champion required that the same HUMAN had to also retire as the founder and chairman of Livestrong Foundation….in an attempt to save a top rated cancer related foundation.  Atlas shrugged again.  Only this second shrug was harder than the first…..as Atlas stooped even a little further down….cuz this time the fall from grace affected a multitude of HUMANS in need….causing a rippling affect that has the potential to change the world of many of this foundation’s present beneficiaries….while inducing significant obstacles for this foundation’s ability to receive donations….which will affect potentially untold millions more HUMANS forever.  The fact is that when Atlas shrugged the second  time….the effect was and will be felt all over the world….in every corner….from the top to the bottom….and all throughout the mid-section….reaching even deep down into it’s innards….straight to the core….the change will be felt.

What Atlas realized was the cause of his second shrug….was that by the bringing down of Lance Armstrong’s cycling career….which had concluded when he retired some 7 years back when…that in addition to the stripping of this champion’s accomplishments….the actions of those who continued to seek the truth….long after the fact….will literally and directly affect the growth and continued development of the funds and research necessary to help so many of those HUMANS who have the horrible disease of cancer.  The truth is that no matter how the pie is cut….and long into the future….the ability of Livestrong Foundation to operate at its maximum efficiency and capability will be retarded significantly….along with the ability of this foundation to maximize its donations will be affected negatively….and if the history of HUMANS repeats itself….heck….it could  potentially be the start of a pervasive attitude being allowed to develop….which could destroy the lifeblood of a vibrant….successful….and well run cancer foundation….that is needed for all of HUMANITY for years to come.  Remember though….we are talking HUMANS here.  Can you say COMPLICATE?!

At the time I wrote this story….Livestrong says it had functional expenses totaling nearly $35.8 million in 2011….and 82% of every dollar raised went directly to cancer programs….a total of more than $29.3 million….folks….do I need to reiterate that figure….we’re talking 82% of every dollar donated gets to the folks who need the help.  CharityWatch.com is an organization that analyzes the work of approximately 600 charities….and they list Livestrong among its top-rated organizations….a status that normally goes to groups that generally spend 75% or more of their budgets on their actual programs….so they spend $25 or less to raise $100 in public support…while Livestrong does not hold excessive assets in reserve….and they disclose all basic financial information and documents.

The long lasting result of this Angel’s fall from grace….will have such devastating affect for decades into the future on so many people and their family’s lives….not just for those who have cancer….but their friends….their jobs and businesses….and even for those who will get cancer in the next few decades.  And you know what….”none of these people really give a “flying flip” about what their Angel did or didn’t do seven years ago”….they simply cherish the comfort and hope that has been provided to them from the mind and the soul of this Angel of Mercy….giving support to the fact of his undying effort to help others.  Other cancer organizations lauded Armstrong as an advocate in the fight against the disease. “Armstrong has been a world leader in addressing the physical and emotional challenges that cancer patients face, both during and after treatment. He has personally campaigned tirelessly for increases in cancer research funding.  He and this foundation have also been advocates for better access to quality cancer care….for all people,” said Dr. Larry Shulman, director of Dana-Farber Cancer Institute in Boston.

Armstrong’s inspiring story of not only recovering from testicular cancer that had spread to his lungs and brain.…and then being able to recover so well that he was able to win seven (7) times the world’s best-known and one of it’s sports most challenging bike race….while providing leadership and helping his foundation grow from a small operation in Texas into one of the most popular charities in the country.  Armstrong drew legions of fans and donations….as he insisted he was drug-free at a time when doping was running rampant throughout the culture of professional cycling on a global basis. In 2004, the foundation introduced “the yellow Live Strong bracelets” and selling more than 80 million units….creating a global symbol for cancer awareness and survival.  “As my cancer treatment was drawing to an end, I created a foundation to serve people affected by cancer. It has been a great privilege to help grow it from a dream into an organization that today has served 2.5 million people and helped spur a cultural shift in how the world views cancer survivors,” Armstrong said in his statement.

So the big question from a dog’s perspective becomes….”Why do HUMANS feel a need to focus on a person’s shortcomings instead of shining more light and giving more support to their long suits?  Why can’t HUMANS focus on what that person with shortcomings has done in serving HUMANITY?”  All this lil ole Chiweenie knows is that which caused Atlas to shrug the second time was significantly more impactful than the facts or truths that were uncovered during the investigation process.

Comedian D L Hughley on ESPN’s First Take when asked how Armstrong will be remembered…..responded “He is all of us….some bad….some good….as a human being….he is more human to me.”….to which Steven A reacted to D L’s comment by saying “It is not what he used that is my issue….it is the way he attacked people who accused him of doping….and it was wicked….he’s a despicable human being with what he was willing to do to others….and his comment that he cared was comedic….he tried to destroy people’s lives….it’s the intended pain he was willing to inflict….and that is what he will be remembered for.“

If what Steven A. said is true….and like a hand shake from a West Texan or Skip Bayless….I’d say that it’s a good bet that it is true….cuz of his perchance towards a higher  standard….then maybe in this particular case….the end did justify the means….but it is this little ole Chiweenie’s  belief that the world would be a much better place if all the HUMANS on this Earth would agree to learn to shift their focus from the small picture to the big picture.  You know….just simply try to support their fellow man instead of focusing on endeavors that are intended to tear them down.  I mean….don’t we all….dogs and HUMANS alike…. have good things we have done and bad things that we have done?….even we who want the truth to be known so bad that they will go back 7 years to uncover some semblance of truth….don’t we have demons in our hope chests.  It is my contention that everyone has some things hidden in their life’s closet that could bring them down if it were known too?!  The obvious food for thought here lies in the question….”Why do HUMANS focus on the things that can destroy rather than those things that build?”

Anyway, this story is just some food for thought from your favorite lil Chiweenie sprinkled with some good ole DOG PHILOSOPHY….cuz the big picture here is not about a champion who cheated….but rather of a whole culture that encouraged cheating.  However, when you follow the money….it is not hard to understand how the individual becomes the focal point….while the culture and the folks with big bucks plays better than thou….giving the impression that they knew nothing.  Like Bone Daddy always says….”Always….just follow the money L E”….and remember that those who dig up old bones and make them public….will never put anything in print or over the airways….that points the finger at the whole culture of the sport….aka….steroids in baseball….cuz these folks who feel a need to blow the whistle….understand that their jobs are not in jeopardy while pointing the public finger at the athlete….but if they even dared to blow the whistle on the culture…..they’d most certainly lose their jobs.  The truth of the matter is that they ”know who has the money”….cuz they work for The Man….which makes the individual athlete an easier and more accessible target.

Like many of my stories….once I get them started writing one….doesn’t mean that I always get them finished….cuz many that I’ve started are still sittin’ right where I started them….in need of being finished.  This is one of those stories….as it has been sitting on the shelf long enough to allow me to gather enough information to allow me to come to this conclusion.  Lance Armstrong was truly an Angel of Mercy to so many HUMANS on this Earth.  It seems to me that no matter how much the public was deceived by this champion’s accomplishment….the fact was that the whole culture of bicycle racing not only knew what was going on in their sport….but they also supported and condoned it.  It is my opinion that the cheating was done by many more than just the champions and athletes….so the need for some HUMAN to illuminate the discretion of one….without illuminating the discretion of the whole….is once again the ability of HUMANS TO FOCUS ON THE SMALL PICTURE INSTEAD OF THE BIG PICTURE.  In this case….the eventual outcome of the big picture will have huge negative affect to the lives of so many innocent suffering HUMANS….who could care less whether the culture of cycling was blood doping or not….for “as this angel fell from grace….Atlas shrugged twice.”

A SKIP OF COURAGE AND A STEPHEN A. OF A HIGHER STANDARD 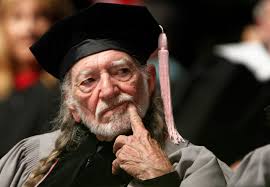 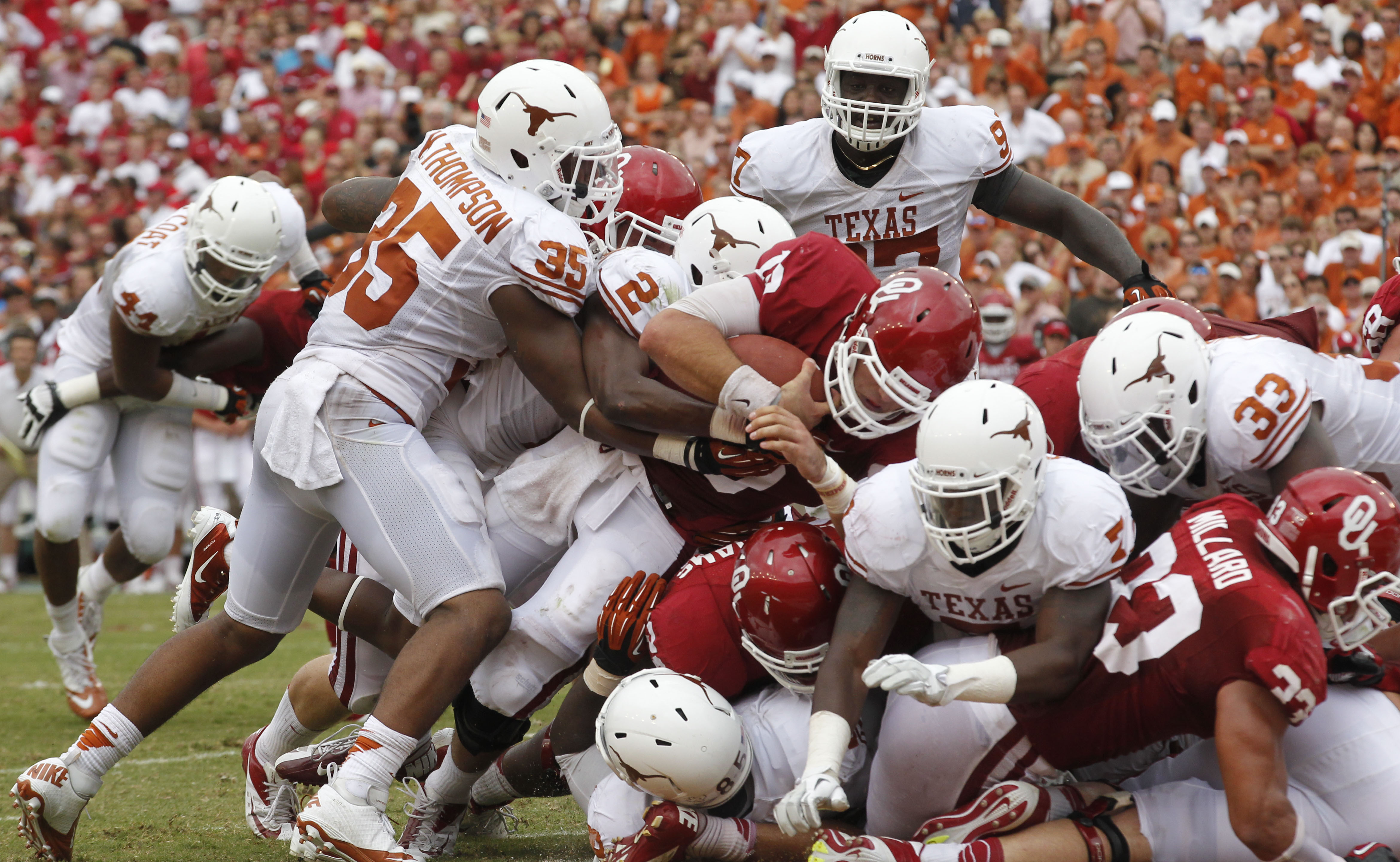 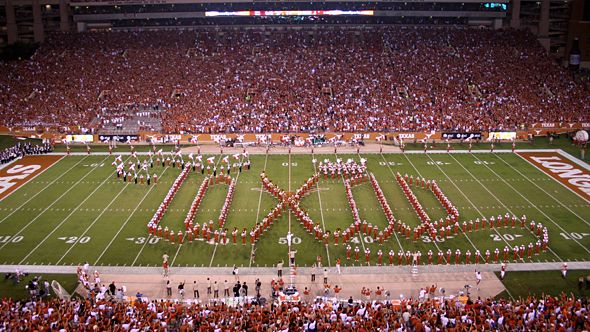 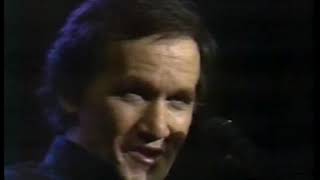