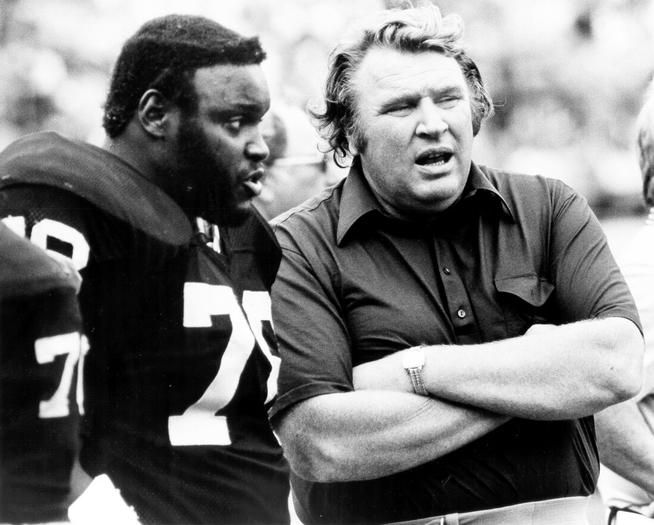 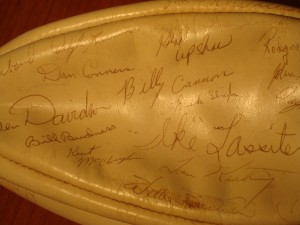 Folks, that’s 9 Hall of Famers that were integral parts of a really great football team and franchise. You then throw into the mix characters like…..TE Billy Cannon (Heisman Trophy Winner at LSU as halfback, fullback & tight end in 1959)….and DE Ben Davidson (who played for the opposing team in the M*A*S*H movie football game)….and Safety George Atkinson….and you can see why Bone Daddy loves his autograph 1969 Oakland Raiders Team Ball….cuz all those guys and more….all signed his ball with original signatures.

The 1969 Oakland Raiders season was the team’s tenth in both Oakland and the American Football League. The campaign saw the team attempt to improve upon its 12–2 record from 1968….as the season is notable for being the Raiders’ last in the AFL….for they would, along with all the other AFL teams…join the NFL in 1970. 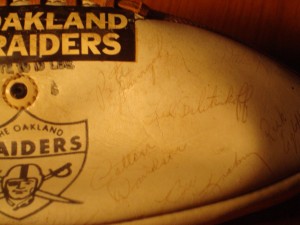 The Raiders stormed to a 12–1–1 record in 1969….leading the league in wins for a third consecutive season….in doing so….they posted a staggering 37–4–1 record over their final three years of AFL play. The season would end with an upset loss to the eventual Super Bowl champion Kansas City Chiefs in the 1969 AFL Championship Game.  Additionally, the season marked the debut of Hall-of-Fame head coach John Madden….who would lead the Raiders to seven division titles….seven AFL/AFC Championship Games….and a Super Bowl championship before leaving in 1978. He would post a 112–39–7 regular season record over this span….which was nothing compared with what he did after coaching football.  Can you say KING OF VIDEO GAMES!?!

L E’s Stories – From Boomer To The Swami “He Might Go All The Way” – Salute To Sportscaster Chris Berman
October 16, 2020