Franklin Roy “Frank” Bruno is a British former professional boxer who fought as a heavyweight….whose career spanned fourteen years….in which time he won the WBC and European heavyweight titles….facing multiple world champions including Mike Tyson and Lennox Lewis. He won the WBC heavyweight title in 1995 byu defeating Oliver McCall at a packed Wembley Stadium. Bruno was known for his excellent punching power….as he won 40 of his 45 bouts with 38 by knockout….giving him a 95% knockout rate from the fights he won….with his overall knockout percentage is 84.44%. Like Henry Cooper before him, Bruno has remained a popular celebrity with the British public following his retirement from boxing.

In 1988, Bruno challenged Mike Tyson for the undisputed world heavyweight title. In the opening moments, the fighters came together with huge punches….to which Bruno’s legs buckled and he took a big step back….inadvertently stepping off the ring apron. Most agree that he would have gone down, at least to a knee in any event, and this was called a knockdown. Bruno did not complain….but instead gathered himself to continue….ultimately rocking Tyson (for the first time in Tyson’s career) with a left hook toward the end of the round….however, Tyson recovered and eventually beat Bruno….when the referee stopped the contest in round five….with Bruno taking heavy punishment, lying helpless on the ropes.

This was a brutal fight between two very hard hitting heavyweight boxers. 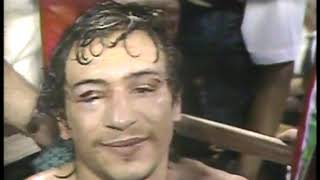 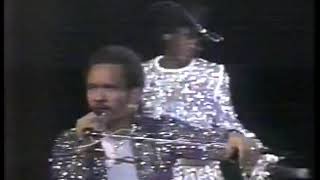 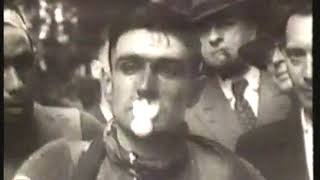