Red Skelton would always have some “mime comedy” segments in most of his television specials……as Red was a really good comedic mime….who developed a great fondness for Marcel Marceau…..as seen in this video herewith….as Skelton and Marceau team up for some absolutely wonderful pieces of comedic mime.

Marcel Marceau was a French actor and mime most famous for his stage persona as “Bip the Clown”….so he and Red shared a love for clowns.  Marcel referred to mime as the “art of silence” and he performed professionally worldwide for over 60 years.

As a youth, he lived in hiding and worked with the French Resistance during most of World War II, giving his first major performance to 3000 troops after the liberation of Paris in August 1944. Following the war, he studied dramatic art and mime in Paris.

In 1959 he established his own pantomime school in Paris….and subsequently set up the Marceau Foundation to promote the art in the U.S. Among his various awards and honors….he was made “Grand Officier de la Légion d’Honneur” (1998)….and was awarded the National Order of Merit (1998) in France. He won the Emmy Award for his work on television….while being elected as a member of the Academy of Fine Arts in Berlin…..and was declared a “National treasure” in Japan….who was friends with Michael Jackson for nearly 20 years….as Jackson said he would use some of Marceau’s techniques in his own dance steps.

Marceau performed all over the world in order to spread the “art of silence” (L’art du silence). It was the intellectual minority who knew of him until he first toured the United States in 1955 and 1956….which was close on the heels of his North American debut at the Stratford Festival of Canada….then after his opening engagement at the Phoenix Theater in New York….which received rave reviews….he moved to the larger Barrymore Theater to accommodate the public demand. This first US tour ended with a record-breaking return to standing-room-only crowds in San Francisco, Chicago, Washington, D.C., Philadelphia, Los Angeles, and other major cities. His extensive transcontinental tours included South America, Africa, Australia, China, Japan, South East Asia, Russia, and Europe. His last world tour covered the United States in 2004….returning to Europe in 2005…..and Australia in 2006. He was one of the world’s most renowned mimes…..which makes this video just one more “nugget of gold” in our vintage video library of memories.

Marceau’s art became familiar to millions through his many television appearances. His first television performance as a star performer on the Max Liebman, Mike Douglas and Dinah Shore, and he also had his own one-man show entitled “Meet Marcel Marceau”. He teamed with Red Skelton in three concerts of pantomimes and several television specials like Funny Faces.

Marceau also showed his versatility in motion pictures such as Professor Ping in Barbarella (1968) ….then in  First Class (1970) in which he played 17 roles…..and in Shanks (1974), where he combined his silent art, playing a deaf and mute puppeteer, and his speaking talent, as a mad scientist….then came a cameo as himself in Mel Brooks’ Silent Movie (1976)….in which, with purposeful irony….his character has the only audible speaking part, uttering the single word “No!” when Brooks asks him (via intertitle) if he would participate in the film.

As an author, Marceau published two books for children….the Marcel Marceau Alphabet Book….and the Marcel Marceau Counting Book….plus he published poetry and illustrations, including La ballade de Paris et du Monde (The Ballad of Paris and of the World)….an art book which he wrote in 1966….along with The Story of Bip….which was written and illustrated by Marceau and published by Harper and Row. In 1982, Le Troisième Œil, (The Third Eye), his collection of ten original lithographs, was published in Paris with an accompanying text by Marceau. Belfond of Paris published Pimporello in 1987. In 2001, a new photo book for children titled Bip in a Book, published by Stewart, Tabori & Chang, appeared in the bookstores in the US, France and Australia.

To say that Marcel Marceau was a talented artist would be a massive understatement….cuz all you need to do is watch his artistry and mastery in this Funny Faces video here with America’s Clown Prince, Red Skelton, to have a smile put on your face. 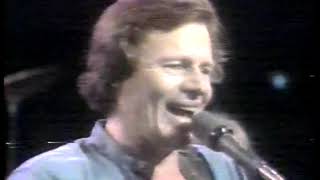 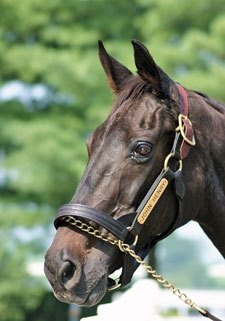 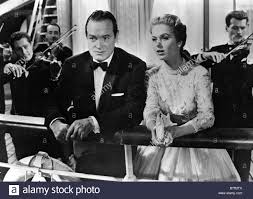