L E’s Stories – Can You Say Chiweenie?….Cuz That’s What I Am 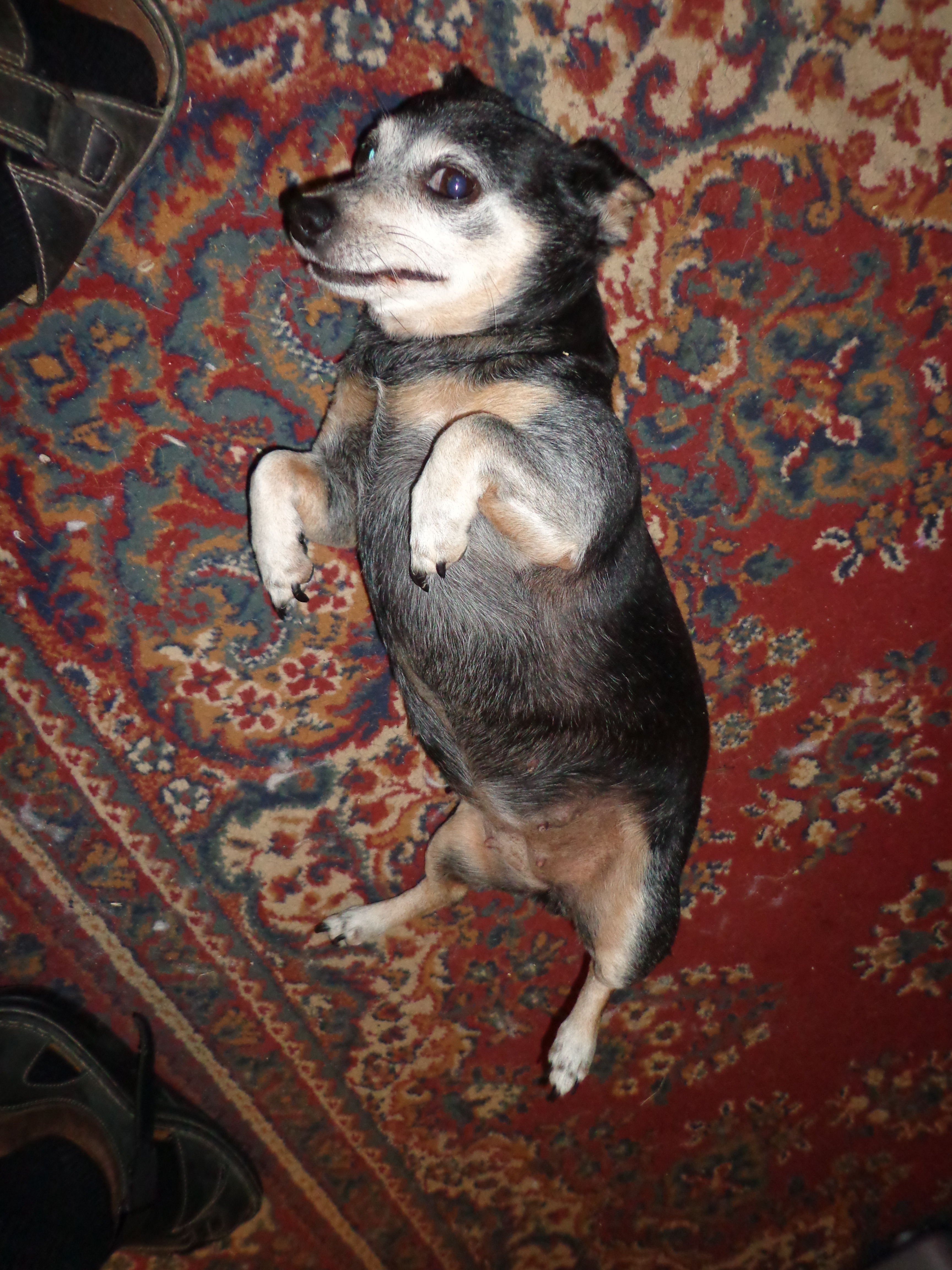 It has been said  that “behind every good city dog is a man on a leash” ….and this is a story about one of those “good city dogs”…..Howdy, Hola & Guten Tag…..if you didn’t notice….I speak three languages sufficiently….German, thanks Dad Hans….Spanish, thanks Mom, Angela….and Texan, thanks Bone Daddy….who is the original Sportsphile and my life companion.

My name is L.E…..the letters ONLY thank you….not the girl’s name, Ellie.  The letters stand for….so I’ve been told on many occasions….“Lotta Ears” / “Look at those Ears” / “Long Ears” / “Lolypoluza Ears”…you get the picture…and if not….just look at my pictures

….cuz even most of you HUMANS can understand the reason for the name……but any way you cut the pie…even after 115 years on this Earth….I still get reminded of why my name is L. E…..hey…. could that be the original seed of why many many HUMANS call me La Diabla?  My mother, Angela, was a beautiful Chihuahua from Zihuatenajo, Mexico…..and my father, Hans was a handsome Daschund from Helmstadt, Germany….. and the person most influencial in my life….Bone Daddy, who was a West Texan from out in Midland…..hence the tri-lingual greeting.  For the first three years of my life I thought I was a “DachHuaHua” (pronounced Doc Wa Wa)…..also because that’s what my HUMANS said I was when other HUMANS would ask what kind of dog that I was.  They’d say that I was a little DocWaWa….say what?  However, I actually learned the real truth of what breed of dog that I am on a hot mid-August afternoon in Texas….you know… one of those days when male dogs should definitely never sit down on the concrete sidewalk at 5pm…”Talk about fried eggs!?!” 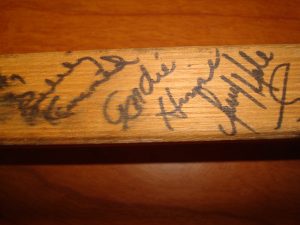 On that particular day, I experienced a personal revelation…..as my HUMANS and I were in the line at a bank drive-thru….and I was leaning out the front seat passenger window of the car…..cuz dogs love to have their ears blowing in the wind (that started long before it came out of Bob Dylan’s mouth)….and having an extra special set of ears….mine blow so well that often I think I could fly….just like Rocky and Bullwinkle…if I just  leaped out the window I could soar.  So, while we were waiting in the bank drive-thru window line….that’s when a HUMAN in a pickup truck yelled out….“Hey you”….and when I turned to look at who was yelling at us…. that is when I saw much to my surprise….it was part of my family in a pickup truck loaded with Mexican people and two Chihuahua dogs….who were probably my cousins….and since they were on my Momma’s side of the family….I’d bet that everybody in that truck was related to me in some way or another….cuz we Mexicans have big families….who all get around….if you know what I mean. So, this HUMAN yells out again from two drive-thru isles over…..“Is that a Chiweenie dog?…..and that is when I leard what kind of dog that I really was….and it wasn’t a DocWaWa….for I was a Chiweenie….and that is what I continue to be to this day….go figure. 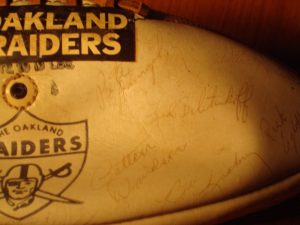 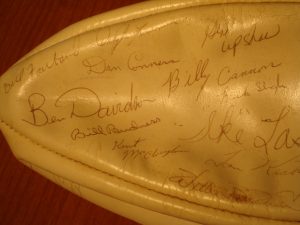 Before you get to thinking that L E’s Stories section of the museum is about my life as a Chiweenie…..let me assure you it is not……for this section of the web page will showcase my literary endeavors to tell those stories from Bone Daddy’s youth growing up in the 1950’s and 1960’s in Midland, TX…..while carrying on throughout the days of practically majoring in University of Texas Intramurals in Austin from 1965 to 1970….plus playing city league sports with his brothers as the team known as the Over The Hill Gang……and on to co-owning The Sports Place, Madison Square Garden on 6th St. in Austin, Texas from 1978 to 1991…..for these were the times that forged a lifetime love of sports…..as BD was influenced by the people and the place that he inhabited.

When Bone Daddy left me with his final request…..to share his entire memorabilia and video collection with the world…..and to be his “show dog” for this project….when for the first time in my life with the original Sportsphile, I hesitated profusely…..cuz I wasn’t at all sure about letting my pretty face be posted on the internet for every DOG out there to see.

I can’t even imagine the things my face might cause “dogs like that” to do….but when given the responsibility of honoring BD’s last request……in addition to the fact that I have also inherited everything that was in Bone Daddy’s entire collection…..not to mention that I am a Sportsphile too….that is when I decided this would be a professional enough gig to warrant the possible risks associated with the worldwide exposure that I hope this page achieves.  You see, a Chiweenie can’t be too careful….especially these days…you know?!

With many of the stories that I tell in this section of the museum….you will find    some of my most prized Dog Commentary….some of my favorite Quotes…..and some of the best Dog Philosophy ever put down on paper……so READ THEM ALL….cuz you will soon find that my writing style is every bit as palatable as any other writer…just in a Chiweenie’s style….cuz that’s the way this little ole pee brain rolls…..or writes as this case may be…..and anyway….as you will see….I am a self anointed renown raconteur who has some really wonderful stories to tell of “a man who chose to just be a rumor in his own time….my Bone Daddy”

I will also be looking for folks like me….so, are you a potential Sportsphile? Do you just love sports?…if so….or if you even think you might be one…..”continue onward thru the fog”…..as the hippies in the 1960’s coined the phrase….for regardless of how I write….or what I have to say…..if you love sports…. then I’m pretty darn sure that you will enjoy reading my stories…..for within the margins of each story along with their corresponding pictures and video clips…..lies memories of wonderful times gone by….and lessons of wisdom of value to all who read.  It is my hope that each story sparks a fond memory for you……of times gone by….dealing with people that mattered…..and memorable events surrounding the sports that you attended or participated within.  So, I hope you enjoy the pictures and pages included herewith….not just today….but far into the future…..cuz I’ve got tons of content ….with just as many stories to tell as there are pieces of content……but don’t expect any more than this lil ole Long Eared dog can deliver….cuz there’s no delivery quite like mine.  I hope you enjoy your magic carpet ride through the pages here today ….and for all those many tomorrows to come. 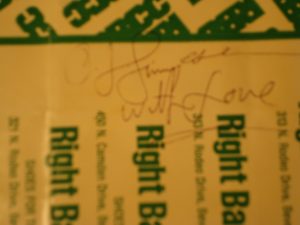 And like receiving a really good treat….cuz you know how HUMANS love to give their dogs TRREEEEEEEEEETS…….and to make all ya’ll happy….we dogs will do little tricks for our treats….just to make you HUMANS happy.  OH, and just for you folks who read this story….I have posted several of my favorite pieces of sports memorabilia and videos from our collection here at ImaSportsphile. 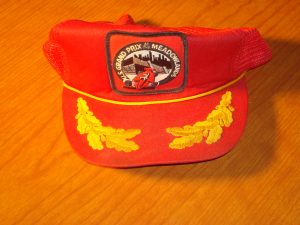 Official 1984 Cap From Inaugural Gran Prix At The Meadowlands 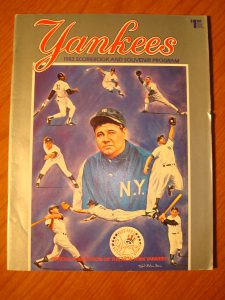 Today’s commentary will be a source of insight into how this whole virtual sports museum and video library got started……cuz back in 1950 it was Bone Daddy….the boy and his God given talents….who was significantly influenced by the place and time that was Midland, TX……a place of vast lands…..ranch barons…..which overnight became oil country….that’s right….we’re talking liquid gold.  It was in the early 50’s that the “Oil Bidness” found a solid hold out in West Texas….that’s the way Bone Daddy would say it….”yep…he’s in the oil bidness”. 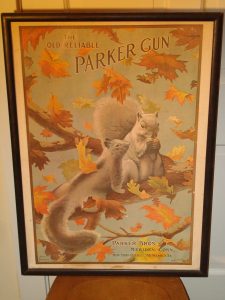 As you move through L E’s Stories section of the museum…..you will be given a wonderful view of the absolute majesty of West Texas….for in this lil ole Chiweenie’s opinion….there is no place on Earth that has been blessed more by God Almighty…. whom we dogs call God Dog…..than West Texas…..and there is no better way of understanding this special place’s limitless beauty than to grow up in West Texas.  However, if you didn’t have the distinct privilege of ever living out in West Texas….then make sure that you click on all four (4) videos by WymanMeizner.com that I use in my stories about West Texas.

Mr. Meizner happens to be my favorite photographer in all of Texas.  These videos are just some of the works of a man who grew up in out West …..and they give you his view of “God’s Country” as seen through the lenses of his cameras…..and I want to thank him for all that he has done to help me give a visual understanding of how this place has had a lifelong affect on Bone Daddy’s philosophies of life.  Obviously, both of these men who grew up under West Texas skies….are brothers of another mother….cuz both their lives have obviously been affected by the place….the people….and the times…..for it seems to me that the same osmotic effect took place in both of their lives.