If you were an NFL fan who lived in Texas during the decade of the 1960’s….there is a real good chance that you were a Dallas Cowboys fan….cuz that was the time that they were starting to become “America’s Team”…..as they were led by their 1st draft choice ever….who became known as “Mr. Cowboy”….as Bob Lilly fit that bill perfectly….cuz he was born a Texan….while becoming an All-American at Texas Christian University (TCU)….before becoming a Dallas Cowboy….and the fact remains that Bone Daddy was lassoed into becoming a lifelong Cowboy fan during the days that Mr. Cowboy provided an anchor for the Doomsday Defense which held their opponents in check….while Dandy Don Meredith and Bullet Bob Hayes extended the field of play on offense. So, today’s story salutes the unquestionable talents of the player that was chosen 1st in franchise history for the Dallas Cowboys.

Born in Olney, Texas, Lilly grew up in Throckmorton (which was the name of Bone Daddy’s partner in Madison Square Garden, The Sports Place at 302 E. 6th St. in downtown Austin….Terry N. Throckmorton, better known as TNT) as the son of John and Margaret (Redwine) Lilly….whose father and grandfather were both involved in farming and ranching….but the severe 1950’s Texas drought forced his family to move at the end of his junior year at Throckmorton High School…. where he received All-District honors in football….while in basketball, he was named All-District and Honorable-mention All-state.

In 1956, Lilly and his family relocated to  northeastern Oregon to Pendleton….where his mother had family and jobs were available….for his senior year….when at Pendleton High School, he was named All-state in football and second-team All-state in basketball for the Buckaroos…..while also being the state javelin champion in track.

Lilly accepted an athletic scholarship from Texas Christian University ….where he was nicknamed “Tiger” by his teammates.  As a sophomore with the Horned Frogs, he was a part of the team that won the Southwest Conference Championship….when he was mainly a backup with only one start.  He became a starter the next year, playing alongside All-SWC defensive tackle Don Floyd….while helping his Horn Frog team earn a tie for the Southwest Conference Championship with the University of Texas and the University of Arkansas.  He also received All-Southwest Conference honors on a defense that allowed only eight points per game.  Lilly was then a consensus All-American  as a senior in 1960….and was a 2006 inductee to the East-West Shrine Game Hall of Fame…..while also being inducted into the College Football Hall of Fame in 1981.

Lilly began his career as a defensive end in 1961….but midway though the 1963 (his 3rd) season….that’s when Cowboys coach Tom Landry moved him to defensive tackle….as Lilly made the adjustment becoming the main man in Dallas’s vaunted “Doomsday Defense”.  As a tackle, Lilly was a first-team All-NFL choice every year from 1964 through 1969….and then again in 1971.  In 1970, the Cowboys finally made the Super Bowl against the Baltimore Colts…. only to lose the game 16-13 on a field goal in the final nine seconds….when after the game, Lilly infamously tossed his helmet in the air after being frustrated at the loss.  In 1971 he and the rest of the Cowboys convincingly won Super Bowl VI over the Miami Dolphins, 24-3….in which his 29-yard sack of Dolphin quarterback Bob Griese (an NFL Record) is one of the most memorable plays in Super Bowl defensive history….which was the signature play of his 14-year hall-of-fame career.  Lilly was named an All-Pro seven times….and was selected to play in 11 Pro Bowl games.  He was also drafted in the second round (14th overall) in the 1961 AFL Draft by the Dallas Texans (now Kansas City Chiefs).

His greatest assets were his pass-rushing skills and his ability to slice plays open with his agility and instincts. He had a distinct stance, the so-called four-point stance, placing both hands on the field instead of the more usual one….thus generating greater force when rushing straight ahead….as Lilly’s agility and quickness helped him score four defensive touchdowns in his career…as his first was returning an interception 17 yards in 1964….while the other three came on fumble recoveries.  What separated Lilly from other defensive tackles was his combination of agility, conditioning and strength (although he didn’t start lifting weights until his sixth season in the NFL)….which allowed him to make tackles from sideline to sideline.  NFL Films did an eight-minute feature on Lilly and called him the “unblockable, unstoppable, force of The Doomsday Defense”.  He was regularly double and triple teamed for the majority of his career due to his impact in the games…. and although the head slap was legal when he played….that is something he never liked to use to gain an advantage over opponents.  Lilly played in 196 consecutive regular-season games….as the only NFL game he missed in his career was the 1973 NFC Championship Game….which was a 10-27 loss on December 30 against the Minnesota Vikings due to a leg injury….as Lilly injured his hamstring in the Cowboys victory (22-10) against the Denver Broncos on December 2…….then on the first play of the 1973 NFC Divisional playoff game three weeks later on December 23 versus the Los Angeles Rams (Cowboys 27-Rams 16), he re-injured his same hamstring.

Affectionately known as “Mr. Cowboy,” his name was the first inscribed in the Dallas Cowboys Ring of Honor, above Texas Stadium and the current AT&T Stadium. The Cowboys had a Bob Lilly Day on November 23, 1975, to honor him and make Lilly the first inductee into The Ring of Honor….and he has attended every induction of each Ring of Honor inductee since.

Lilly was inducted into the Pro Football Hall of Fame in 1980, his first year of eligibility….and was the first player who spent his entire career with the Cowboys to be elected to the Pro Football Hall of Fame…..as he entered the Hall of Fame along with former teammate Herb Adderley (for two seasons)….as well as David “Deacon” Jones and Jim Otto.  The Sporting News named him a member of the All-Century NFL Team….as well as “the greatest defensive tackle in NFL history”.  An interesting sidelight on the 1980 Hall of Fame of Lilly, Adderley, and Jones is the fact that they were all drafted in 1961.  Cowboy’s legendary head coach Tom Landry said of Lilly….. “As I’ve said before, another Lilly won’t come along in my time. We’re observing a man who will become a legend”….as this comment is from the 1972 Street and Smith’s Pro Football Yearbook….plus, Landry also said that “Nobody is better than Lilly”.  Bob Lilly is a member of the National Football League 1960’s All-Decade Team and National Football League 1970’s All-Decade Team.

In 1999, he was ranked # 10 on The Sporting News’ list of the 100 Greatest Football Players, the highest-ranking defensive lineman and the highest-ranking Cowboy. The only defensive players ranked ahead of Lilly were Dick Butkus and Lawrence Taylor. Sports Illustrated named him one of the ten most revolutionary defensive players.  Although the Cowboys do not have a practice to retire jersey numbers, Lilly is the only player to wear #74 in team history (with the exception of pre-season games).

When he began traveling with the Cowboys, Lilly regularly had his camera at his side…..as his interest in photography began when he was named to the College Football All-America Team in 1961….which was sponsored by Kodak….and as a part of the honor he was given a 35-mm camera….and a year’s supply of film by the company…..when before and after games, he spent an increasing amount of time studying and photographing old sports stadiums.  Lilly co-authored the 1983 book Bob Lilly Reflections with sportswriter Sam Blair….which featured scores of his black-and-white photographs of teammates in candid poses.  He was also a photographer for the Texas Air National Guard….where he was an Airman 2nd Class.  Lilly spent two weeks in 1967 as part of the Texas National Guard at the Rhein-Main Air Base in West Germany.

After his retirement from pro football, Lilly moved to Waco, Texas…. where he successfully operated a beer distribution business until 1982 …..when he saw the impact of a traffic accident caused by drunken driving….and decided to sell the company and launch his landscape photography career.  He lived in Las Cruces, New Mexico from 1984 to 1989….where he opened a photo art gallery, complete with both color and black-and-white darkrooms.  In 1989, he moved back to Texas…. while settling in Graham, Texas…..and as of 2016, the grandfather of twelve and great-grandfather of two lived with his wife, Ann, whom he married in 1974, in Georgetown, Texas.

As with any Dallas Cowboy fan from the 1960’s….which our Bone Daddy certainly was…..so, he grew up loving QB “Dandy” Don Meredith and his exceptional wide receiver “Bullet” Bob Hayes….along with the incredible members of the Cowboys famous “Doomsday Defense”….which was led by “Mr. Cowboy” Bob Lilly….who rode tall in the saddle for a decade….as Bone Daddy became a lifelong Cowboy fan.  With all of this in mind, it is a great joy of mine to post this story of a true Texas Legend.  Bob Lilly was a “long tall Texan’ ….who sat tall in the saddle and rode a “big white hoss” ….and when folks looked at him, they’d ask him “is you the Law”…..cuz he was “a long tall Texan, he rode a big white hoss….he comes from Texas on a big white hoss…. and people look at me….and say, is you the Boss!?!” 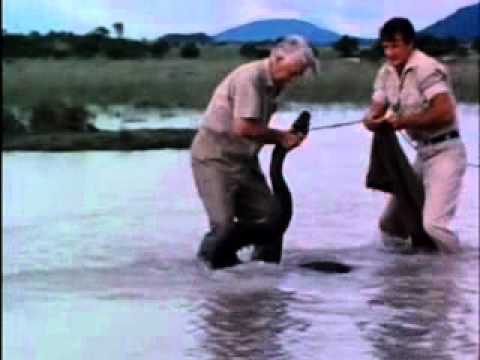 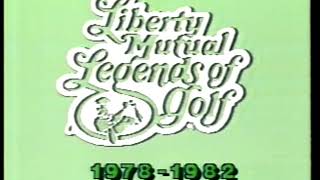 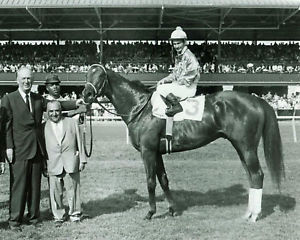 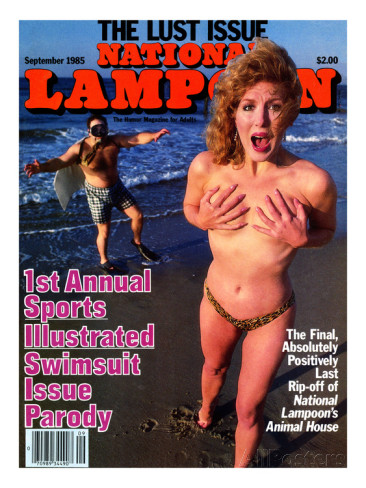