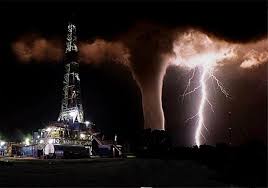 Before I get started on today’s story….I want to remind our folks that follow my stories here a L E’s Stories that throughout each story, I will post some of my favorite videos from our current collection of 5500 videos posts in June 2020….as I always hope that folks enjoy my tastes…..albeit they are of people and places that are near and dear to me…..as there were no better representations of folks who make us laugh than Richard Pryor and Robin Williams…..and Jim Brown was as good a running back as there ever was….while Pistol Pete Maravich was simply magic with a basketball in his hands……but the tobacco spitting contests is nothing but awesome…..then there’s Dolly Parton, what an American treasure….so, I figure ya’ll gonna like spending some time watching some of my favorite videos.

IN THE BEGINNING GOD CREATED THE HEAVENS AND THE EARTH….and by the time Bone Daddy’s sports collection was approaching its genesis….he is living right smack dab in the middle of God’s Country…. that’s right…foIks, I’m talking West Texas….for there is no place on Earth that is quite like God’s Country….as it is a place where Henry Ford’s famous quote….”If you think you can….or you think you can’t….you’re probably right” truly applies….and from lil ole Chiweenie’s perspective….as one who has 4 inch legs from which to look at God’s Country….it was a place inhabited only by pioneers…. ranchers (w/ big ranches)….tornados…..rattlesnakes…..large red-tailed “mountain boomer” lizards…. vultures….mesquite bushes…..and West Texas’s very own….horny toads….oh…and let’s not forget that lovable prairie plant known as “cat’s claw”.

Sounds fun don’t it…..at least to a dog it does…..anyway, that’s about all that had  inhabited GOD’S COUNTRY since the dawn of man….and really….nothing had changed throughout the span of time from creation to the current century….or at least not until the late 1940’s.

Thankfully though, that’s something I have never experienced first hand….cuz the first thing my eyes would focus on each time I met an hombre from West Texas was whether that HUMAN’s cheek was sticking out from a “big ole bulge of tobakki” that was in his mouth…..then you can bet that I wouldn’t even get close enough to a dude with a bulge in his cheek to let that ole boy even think about taking a shot at me…….and you know what is the worst part about these hombres to me?….that they all wear cowboy boots…..so I can’t even get in a good nip on their Achilles when they turned their backs on me…especially when they are least expecting an rear attack from a Chiweenie.  Can you say devilish bitch?!!……cuz this ole gal has developed one serious attitude to folks I don’t like…..and the truth be told, I only like the good ones.  I got to tell all ya’ll that after all my years in West Texas….I have grown to even have a “warm affection” for more than a couple of those “tobacco spitting cowboys”….for there have been more than a few pairs of boots seen under my bed on occasion…..and I am here to tell you that you won’t hear this Chiweenie bitch complaining at all….I mean….not at all.

It seems to me that from the origin of mankind in West Texas…..that the land and its original inhabitants hadn’t hardly changed much ….until when all of a sudden right out of the clear blue….GOD’S COUNTRY changed forever.  Yep, that was when that 1st HUMAN “wildcatter” punched a hole in the ground at Spindle Top, TX….and discovered oil in the Permian Basin…..we’re talking “BLACK GOLD” partner…..and from what I hear tell…..there was LOTS OF OIL….cuz most of those wells are still flowing many barrels oil today….and providing the “cash cow” into the deep pockets of the heirs of those original ranch barons…..who were the first non-native Americans to inhabit the area…..the ones who staked a claim to the land no matter how small or how large the ranch land that they claimed.  Heck folks….a small ranch in West Texas was 100,000 acres….and large ranch was upwards of 1,000,000 acres.  The original settlers developed roots in the rugged land known as West Texas and became “ranchers and ranch barons”. 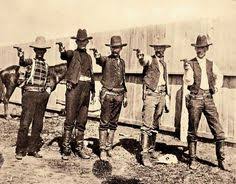 This video seen below is a composite of Texas State Photographer Wyman Meinzer photos of the Waggoner Ranch titled “Under One Fence – The Waggoner Legacy…..which tells the story of one of West Texas largest ranches…..which was established in 1852 by Daniel Waggoner…..and has encompassed some 535,000 acres…..a mere 800 square miles….and has been under one fence for 168 years….as we here at ImaSportsphile just love Mr. Meinzer’s work….for he is truly an exceptional artist with a camera.

The fact remains that Bone Daddy grew up with with the 2nd and 4rd generation on many of the ranch barons depicted in this photo above of the “Ole Boys” taking target practice…..cuz once a cowboy became a ranch baron…..you can pretty well bet that the ranches that these ranch barons established are still working ranches in hands of their descendants.

However, after the Santa Rita Oil Well started spurting crude oil into the air…..that is when those “risk taking entrepreneurs” came out West to punch holes in the ground and stake their claim.  Now folks….we’re talking about some of the original mega-giant oil companies were started by some of these entrepreneurs who came out to West Texas to get in the “OIL BIDNESS”. 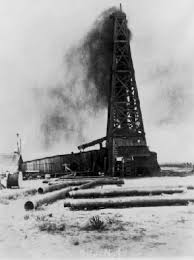 Ever since that day…..those cowboy ranch barons and those oil barons entrepreneurs have made interesting bedfellows.  After all….multiple US Presidents…..multiple CEO’s of Fortune 500 Companies……and multiple future billionaires…..had their futures forged in this place the locals like to refer to as GOD’S COUNTRY.

Midland, Texas in the mid-50’s was a place where two significant power sources….very different in their appearance and application of talents….came together in a magical cosmic union under the vast West Texas sky…..when ranch baron met oil and gas entrepreneur.

This convergence of similar attitudes defined the development of the area from that day forward….and still does today some 75+ years later.  What was equally interesting is that the same convergence of similar and powerful attitudes albeit coming from different applications…..actually dictated the development of all the HUMANS that lived out West during this time….if nothing else but by osmosis….cuz this powerful cosmic conversion spilled over to virtually all of the inhabitants of West Texas.  By the time this convergence of ranch barons and oil entrepreneurs had matured in the mid-60’s…..Midland, TX had the highest per capita income in the world……along with more millionaires per square mile than any other place on Earth at the time.  As a sidebar to that statement…..some 75 years later….in October 2013…..Midland, TX once again has the highest per capita income in the United States.

Think about it…..GOD’S COUNTRY in the late 1940’s had created a convergence of two completely different yet “evenly yoked partners” for the next 100 years.  First….the attitudes that it took to be a risk taking maverick in the “oil business” in the mid-1930’s and 1940’s…..were basically the same attitudes that it took to come to West Texas and cut an enormous ranching operation and a lifestyle out of a rugged place to live. Can you imagine what kind of attitude it took to claim enough land as your own…..land that took you five (5) days to ride on horseback across from dawn to dark…..not only claiming it all….but also taming it all….and always protecting (even 50 years later) their land from all of the NATIVES who were in GOD’S COUNTRY before OIL…..and all while developing successful profitable cattle ranching operations that fed beef to a large portion of the US economy. 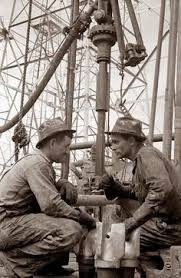 Then, can you imagine the kind of attitude it took to convince an investor in 1921 to put their hard earned money into your idea of finding oil by punching a hole in the ground out in No Trees, TX (talk about don’t blink or you’ll miss the town)…to become the Permian Basin’s 1st commercial producing sight, the Santa Rita….which ultimately hit a gusher of oil at 2498 feet.  It was without question a “COSMIC CONVERGENCE”….brought together by “BLACK GOLD” and tough, rugged and intelligent men.

I have finish off this story with Texas State Photographer Wyman Meinzer’s West Texas….which captures the beauty of GOD’S COUNTRY better than all the words that have been written about this incredible place where Bone Daddy was raised…..as it speaks to the very soul of ImaSportsphile…..for it was in this storied land that the original Sportsphile was “weened and woven”.

L E’s Stories – After Church On Sunday: Pops And The Boys Were Part Of Arnie’s Army – Tribute To Arnold Palmer
September 19, 2020