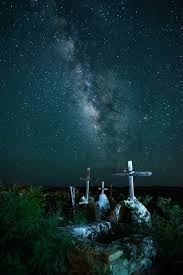 From the eye of this discerning dog’s perspective….it seems to me that the infusion of the unique mentalities that it took to create huge ranching empires out in the “hard country” known as West Texas….and this Texas State Photographer Wyman Meinzer video “Introducing: Under One Fence, The Waggoner Ranch” provides a perfect depiction of the story of a true West Texas Ranch Baron….as we here at ImaSportsphile are pretty confident that the Waggoner’s have had more than a couple of Wildcatters cross their doorstep.

When these two cosmic forces connected in perfect harmony with the mentalities that wildcatters brought to the Permian Basin….for this was a match made in Heaven….tough ass cowboys and rough ass roughnecks….as no one would have ever conceived what the outcome of such a mixture would create….and the kids that grew up in an environment made by big cattle herds and huge oil fields simply affected entire generations of hard-nosed, aggressive, risk-taking entrepreneurs with lots of saavy.

This cosmic combination of ranch barons and wildcatters which produced off-springs of success the likes of which had West Texas had never seen before or since…..which was evidenced by 1957 Central Little League Braves and Cubs team photos…..whereby this incredible fact would be revealed when viewing a snapshot of all the boys participating in the Central Little League Baseball League in the summer of 1957 in Midland, Texas….for it is truly impressive.

Photos of Ranch Barons and Wildcatters In West Texas

The folks who attended games at McCall Park….home of Midland’s Central Little League in 1956 and 1957….observed two future United States Presidents, who were the catcher and his coach of the Cubs team….as the son would follow his coach to the White House….

….one future General Counsel for Pennzoil Corporation…. one future self-made billionaire and ex-CEO of Unocal Oil Corp  who flew his own jet….one  future Head Producer of ABC Sports golf

whose older brother became the CEO of Temple Inland as referenced above….one 4-Star General of the United States  Army

….one future Head of Middle Eastern Operations for Hunt Oil Company….. and of course…..there’s the one that was destined to become a future Sportsphile……who was also the future head    of my world….and just to keep the record straight….I happen to be one very happy lil ole chiweenie  Sportsphile….cuz I get write about each video that I post here at ImaSportsphile…..and after posting 5650 videos here on our site…..I can tell you that the content of sports, comedy, music, news, tv ads and specials is immense….and simply heaven on Earth for someone of mine and BD’s ilk…..cuz we both were destined to be Sportsphiles.  You know, many folks don’t believe in destiny….and I am not sure whether it is destiny or God given talent that truely determines the outcome of one’s life…..so, I would rather believe that they are one in the same.

We always hope you enjoy the universe of content that our video museum has to offer…..as we pride ourselves in the variety and uniqueness of the library…..which is evidenced in this unique time lapse video of Midland, Tx in 2019….and as Bone Daddy puts it…..“Although time has evolved in Midland…it just seems to have evolved a little slower than the rest of the world….cuz at the heart of Midland and West Texas is lots of cows and a lot more black gold.’

On almost any given late evening between 5pm and 7:30pm in late May and June….you could see this display of incredible talent playing and coaching Little League baseball at McCall Park in Midland, Texas….where there are definitely a whole lot more success stories of West Texans who played Little League in the summer of 1957 in Midland, TX

…..it is just that I just don’t know about them first hand like I do with these that Bone Daddy has kept track of over the years….but I do know this….that place way out in the middle of nowhere called Midland….had a way of creating success stories….of which so many had roots back to playing baseball. 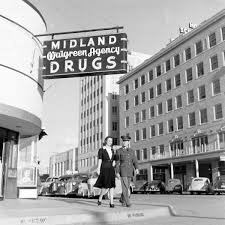 Any way that you cut that pie…. ranch barons, wildcatters and baseball brought them all together on the same playing field…..while it was  establishing a lasting love for the  game…..when after that the ranch barons became oil barons…..and meanwhile, the wildcatters became owners of large oil companies by the time these boys turned to men….and with each and every success story that came out of the 1950’s and 1960’s in West Texas…..the participants in those stories all still a love for the game of baseball….and have nothing but fond memories of playing ball under West Texas skies from sunsets at evening time to stars at nighttime.

The fact of the matter remains…..as West Texans always say….”The cream always rises to the top”….which certainly proved to be true for the boys of summer out where “the stars at night are big and bright”.

After all of these 63 years have passed for Bone Daddy since 1957…..he still speaks with reverence and respect of the place known as West Texas….where the cosmic convergence of the “metal of a ranch baron” mixed in perfect harmony with the “mind of a wild catter” that created off-springs of the highest caliber who excelled in so many aspects of mankind over the past 100 years. I can honestly tell you that Bone Daddy considers growing up in West Texas to be one of the greatest gifts of his life….as he believes the spiritual values of the lessons learned there went way beyond being just a blessing…..for these values were the gyro of his life.

L E’s Stories – “The Doaker: He Was Golden As Golden Gets” – The Story Of Legendary Running Back Doak Walker
November 17, 2020