Today I am telling a story of probably the best “prop comedian” to ever grace a stage…..who was very popular during the decade of the 1980’s…..which was right smack in the middle of the my “sports bar years” from 1975 to 1991.  In fact, Gallagher, as this comedian was known, had 13 comedy specials on Showtime during his own special “Reign of Stage Terror”…..and Gallagher was crazy popular with my clients at Madison Square Garden, The Sports Place at 302 E. 6th Street in downtown Austin, Texas.  By the time the Showtime specials would kick off…..there would always be 200 to 300 people already in the bleacher section in front of the Big Screen (10 ft in diameter) with their ice-cold pitchers of beer and nachos / peanuts & popcorn / hot dogs…..who were all ready to “laugh their tails off” at a truly hilariously funny comedian.  Since Gallagher passed away very recently on November 11, 2002…..I figured it was the right time to pay tribute to a very talented man with a lifelong “childlike imagination”…..which surfaced every time he took the stage.  Gallagher was loved by many fans because he just had a wonderful way of making folks laugh…..so, he deserves his spot among the great comedians showcased here at ImaSportsPhile.

Leo Anthony Gallagher Jr. (July 24, 1946 – November 11, 2022), known mononymously as Gallagher, was an American comedian…..who became one of the most recognizable comedic performers of the 1980’s for his prop and observational routines that included the signature act of smashing a watermelon on stage with a sledgehammer.  For more than 30 years, he played between 100-200 shows a year…..while destroying tens of thousands of melons with the sledgehammer style watermelon smasher that he called the “Sledge-O-Matic”.  Gallagher’s 13 TV comedy specials is 2nd most all-time, behind only George Carlin.

Gallagher was born in Fort Bragg, North Carolina, on July 24, 1946, to a family of Irish and Croatian heritage.  Until the age of nine, he lived in Lorain, Ohio…..but because of his asthma, the family moved to South Tampa, Florida….. where he attended H.B. Plant High School.  He went on to graduate from the University of South Florida with a chemical engineering degree in 1970.  He minored in English literature.

After college, Gallagher began working as road manager for comic/musician Jim Stafford…..as the two traveled to California in 1969…..during which time Gallagher decided to perform himself…..as he began honing his own comedy act while frequenting both The Comedy Store and The Ice House.  He performed twice on The Tonight Show when Johnny Carson was hosting…..albeit Carson disliked prop comedy…..and Gallagher would become known as the Master of Prop Comedy….when he 1st appeared on the show on December 5, 1975…..when he demonstrated his prop, “The Tonight Show Home Game”, and again on May 9, 1979.  He also performed several times on the show when guest hosts were filling in for Carson.  Gallagher also made an appearance on The Mike Douglas Show and The Merv Griffin Show.

Gallgher’s 1st comedy special on television, “An Uncensored Evening,” was the 1st comedy stand-up special ever to air on cable television.  In contrast to other popular stand-up comics of the era who transitioned to sitcom and movie roles, Gallagher remained for the most part a touring comedian…..as he once noted that he performed “200 shows a year for 35 years.”

Running for governor (as an independent) in the 2003 California gubernatorial recall election, Gallagher finished 16th out of 135 candidates with 5,466 votes.

In the early 1990’s, Gallagher’s younger brother Ron asked him for permission to perform shows using Gallagher’s trademark Sledge-O-Matic routine…..when Gallagher granted his permission on the condition that Ron, who shared a strong likeness to Leo, and his manager clarified in promotional materials that it was Ron Gallagher, not Leo Gallagher, who was performing…..as Ron typically performed in venues smaller than those in which Leo Gallagher performed. After several years, Ron began promoting his act as Gallagher Too or Gallagher Two…..and in some instances, Ron’s act was promoted in a way that left unclear the fact that he was not the original Gallagher…..which along with Ron’s off-stage troubles, left a stain on Leo’s reputation as well.  Gallagher initially responded by requesting only that his brother not use the Sledge-O-Matic routine…..when Ron nonetheless continued to tour as Gallagher Too using the routine…..so, in August 2000, Gallagher sued his brother for trademark violations and false advertising. The courts ultimately sided with him…..when an injunction was granted prohibiting Ron from performing any act that impersonated his brother in small clubs and venues…..while this injunction also prohibited Ron from intentionally bearing likeness to Leo.

Gallagher’s signature sketch was a pitch for the “Sledge-O-Matic,” a large wooden mallet that he used to smash a variety of food items and other objects, culminating with a watermelon.  It also featured a variety of props, including a large trampoline designed to look like a couch.  While the Sledge-O-Matic act is an example of physical prop comedy, the act itself (and even its name) was a parody of ads for the Ronco Veg-O-Matic, a kitchen tool that was heavily advertised on American television from the mid-1960’s through the 1970’s.  Gallagher also used wordplay in his act, pointing out the eccentricities of the English language.

In July 1999, he performed a show in Cerritos, California, in which he used stereotypes that were considered offensive towards Mexicans.  In January 2011, Gallagher walked out of comedian Marc Maron’s WTF podcast when Maron continued to ask Gallagher about the controversial jokes after Gallagher had responded that, out of a two-to-three-hour show, there were only five jokes, which he had “heard on the street”.  In a subsequent interview that touched on the incident, Gallagher accused Maron of “taking the other side of everything”.  In subsequent years, Gallagher’s routine was criticized by several reviewers for alleged frequent homophobia, paranoid overtones, and racism.

In July 2012, Gallagher was featured in a television commercial for GEICO Insurance, repeating his Sledge-O-Matic routine…..albeit varied from performance to performance, Gallagher would usually end each of his shows with his signature “Sledge-O-Matic” routine.

It traditionally began with the following preamble:  “Ladies and gentlemen!  I did not come here tonight just to make you laugh, I came here to sell you something and I want you to pay particular attention! The amazing Master Tool Corpooration….which is a subsidiary of Fly-By-Night Industries, has entrusted who? Me! To show you! The handiest and the dandiest kitchen tool you’ve ever seen. And don’t you wanna know how it works!? Well, 1st you get out an ordinary apple.  You place the apple between the patented pans….the you reach for the tool that is not a slicer…..is not a dicer…..is not a chopper in a hopper! What in the hell could it possibly be?!….The Sledge-O-Matic!”

Comedy 1983 – Showtime Special – “Gallagher: The Use Value of the Sledge-O-Matic”

Gallagher would then produce a large, usually wooden, mallet, roughly the size of a sledgehammer…..and smash it down onto the apples…..while hurling chunks of produce into the audience…..as people in the 1st several rows were usually prepared with tarps and raincoats…..while many comedy clubs took great measures to cover up and protect their interiors with tarps and plastic sheeting.

Given the messy nature of his shows, on some occasions audience members sustained injuries during Gallagher’s performances.  At a show at the Coach House in San Juan Capistrano on September 29, 1990, a woman in the audience was struck on the head by a heavy plush penguin that had a fire extinguisher inside it.  She later sued the comedian for $13,000 in medical bills, $20,000 in lost wages and punitive damages reportedly in excess of $100,000.  The case went to trial in 1993…..with the jury ultimately siding with Gallagher…..which followed a raucous trial where Gallagher himself took the stand….. and reportedly got as many laughs as he would during one of his shows. The presiding judge, William Froeberg, later said “… in seven years on the bench, I’ve seen a lot of characters, but none so theatrical…It was entertaining. It certainly wasn’t boring.”

In 2004, Comedy Central rated Gallagher the 100th best stand-up comedian of all time.  Gallagher was displeased with being ranked so low, and he told The Oregonian, “I looked at the other people and I was trying to find anyone I ever heard of. How could I be behind people I never heard of? … I made 13 one-hour shows for Showtime, which are available on videotape.  I invented the one-man show on cable.”

In the 1980’s, researchers at Loma Linda University used Gallagher’s comedy to study laughter’s effect on the body. Taking blood samples from 10 medical students while they watched Gallagher in action, the researchers observed the subjects’ white blood cells increasing. The scientists said that laughing appeared to have boosted their immune systems.

Gallagher claimed that he lost nearly all of his fortune speculating on the stock market, and joked that he was “broke.” However, his longtime manager disputed this as a bit of comedic exaggeration, adding, “We all need to be as broke as Leo.”

During a performance on March 10, 2011, in Rochester, Minnesota, Gallagher collapsed on stage, clutching his chest…..when he was rushed to Saint Marys Hospital…..where it was determined that he had suffered a minor heart attack.  A year later, on March 14, 2012, just before a performance in Lewisville, Texas, Gallagher began to experience intense chest pains. Gallagher’s manager said the comic suffered a “mild to serious” heart attack…..and was placed in the hospital in a medically induced coma while doctors tried to determine what was wrong with his heart…..when after replacing two coronary stents, doctors slowly brought him out of the coma on March 18, 2012.  He quickly recovered and started talking to his family.  His manager, Christine Sherrer, stated that he was breathing on his own, moving, and telling jokes.

Gallagher died on November 11, 2022, after suffering multiple organ failure in hospice care in Palm Springs, California. He was 76.

After watching all the video showcased in this post…..and rekindling a bright flame for Gallagher’s brand of humor….for he is truly a funny guy…..and it comes so natural.  I can absolutely no longer have any confidence in the judging of comedic talent by Comedy Central…..evidenced by their rating Gallagher the 100th greatest stand-up comedian.  First and foremost, the man literally invented the one-man show on cable television….which in and of itself puts him in the Top 50 of all time…..and certainly in place of Ray Romano, Gary Shadling, Albert Brooks, Bill Maher, Jon Stewart and Dennis Leary.  Then when you consider that Gallagher is confirmed to have done 250+ live performances per year for 35 consecutive years…..thereby putting him in the Top 25 Stand-Up Comedians ever….and certainly in place of Dennis Miller, Sam Kinison, Ellen DeGeneras and Steven Wright…..and I am only partially in the business of comedy…..unlike Comedy Central whose name explains their business.  On the subject of Gallagher’s “Sledge-O-Matic” routine…..it was absolutely hilarious, every time it was performed….and the audience right down in front in the danger zone…..well, they were nothing short of ecstatic to be where they were….and  certainly the best close of a comedy show of all time…..I mean, just let the videos speak for themselves.  Gallagher was a one of a kind…..while without question being the Best Prop Comedian to ever grace a stage….which he did some 8,750 times in his career…..as this alone is something none of the comedians named above could have done.  Gallagher was definitely a very special comedic genius….. whose comedy will remain pertinent for generations to come…..cuz it will still be funny…..as evidenced by the videos posted herewith….for Gallagher was so much more comedy than “Sledge-O-Matic”…..which is worthy of these final videos showing the many uses of this household tool…..as Gallagher certainly deserves his place here at ImaSportsphile.

L E's Stories - "The Killer" Live At The Delt Tau Delta Spring Formal In 1967....When Jerry Lee Lewis "Made The Fans Scream And The Keyboard Swear" - Salute To Jerry Lee Lewis: "The King of Rock 'n' Roll & The Last One Standing" 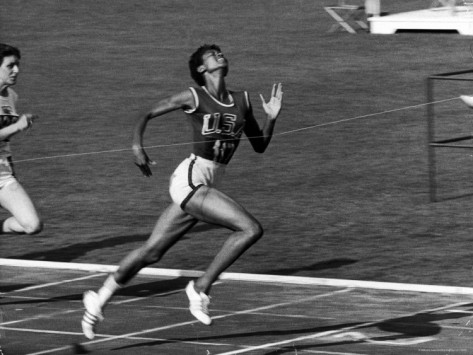 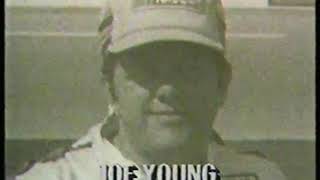 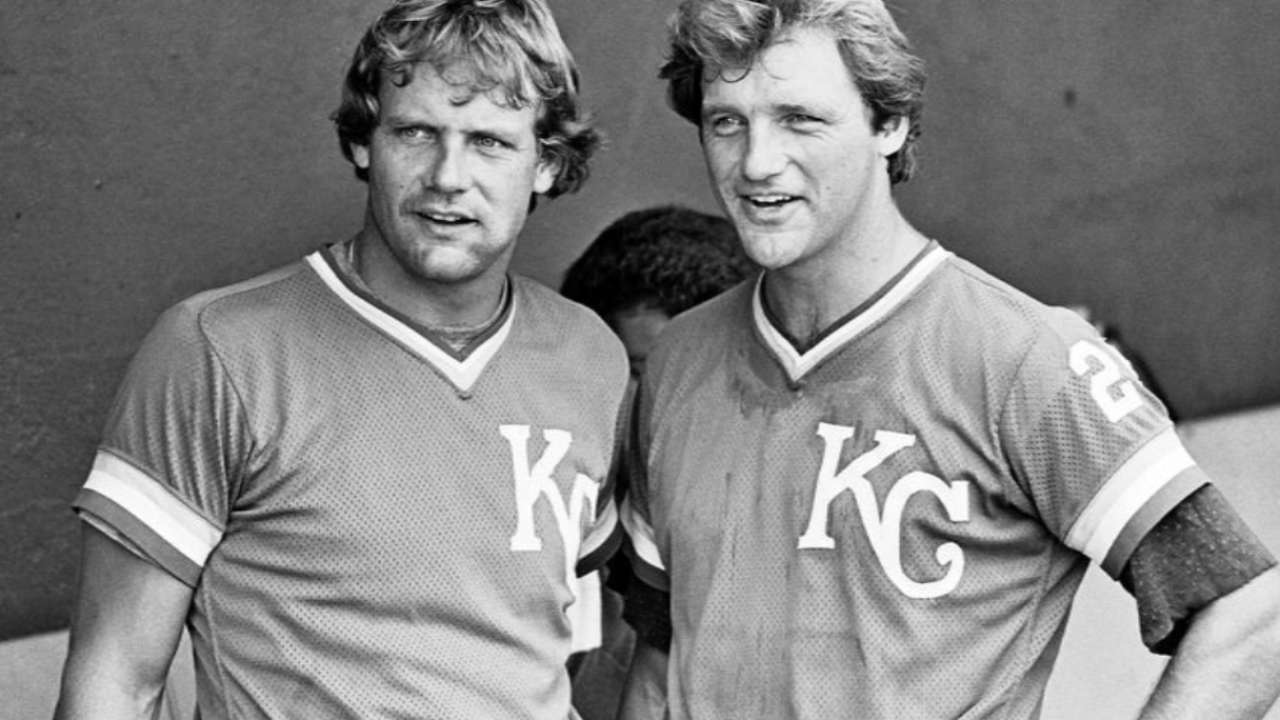