It was August 5, 1984, and I was sitting on Row 20 at the Los Angeles Coliseum….which was right at the finish line of the XXIII Olympiad for the men’s 400 m hurdles finals….as USA hurdler Edwin Moses was about to enter his blocks for the start of his 2nd Olympic gold medal race….which was an event that would stretch his consecutive win streak in this discipline to 107 races in a row.  Now, to put that moment into perspective, Edwin Moses had been “the King of the 400 m Hurdles” since August 26,1977….as he had not lost a 400 m hurdles race for 7+ straight years….with a streak of 104 consecutive races on the line.  Can you even imagine the amount of pressure that was on his shoulders and in his head as he approached the starter’s line to race for the Olympic gold medal and to extent his steak to 104 wins in a row!?!…..for the truth be known, just sitting at the finish line prior to the start of the race…..and you felt so much pressure in the air that you felt like you could slice it with a knife.  In all my years of attending thousands of sporting events…..I had never felt the pressure like I did in anticipation of the starting pistol to be discharge….and when the gun went off, watching Edwin Moses dominate the field in the men’s 400 m hurdles was the most exhilarating and orgasmic feeling I had ever experienced in all my myriad of great sporting events that I have seen in my 65 years of seeing live sporting events…..which included hundreds of great moments….but none quite like the day I saw the great Edwin Moses win his 107th consecutive race.  In that moment, I realized that I had been fortunate enough to witness the most dominating athlete to ever live….and just to punctuate that feeling…..Edwin Moses finally lost in on June 4,1987…..while dominating his sport for 9 years 9 months and 9 days…..when he compiled a unbeatable record of 122 consecutive victories.  So, suffice to say, Edwin Moses more than deserves his place here at ImaSportsphile…..as we showcase his story and legend with these videos that evidence his greatness.

Edwin Corley Moses (born August 31, 1955) is an American former track and field athlete…..who won gold medals in the 400 m hurdles at the 1976 and 1984 Olympics…..and won 107 consecutive finals (122 consecutive races)  between 1977 and 1987…..while setting the world records in the event four times.  In addition to his running, Moses was also an innovative reformer in the areas of Olympic eligibility and drug testing.  In 2000, he was elected the 1st Chairman of the Laureus World Sports Academy…..which is highly respected international service organization of world-class athletes.

Moses, who was born in Dayton, Ohio, accepted an academic scholarship to Morehouse College in Atlanta, Georgia…..where he majored in physics and industrial engineering…..while competing for the school track team…..as Morehouse didn’t have its own track…..so he used public high school facilities around the city to train and run.  Initially, Moses competed mostly in the 120-yard hurdles and 440-yard dash…..when before March 1976, he ran only one 400 m hurdles race…..but once he began focusing on the event, he made remarkable progress.  With his height of 6’2″, Moses’ trademark technique was to take a consistent 13 steps between each of the hurdles….. while pulling away in the 2nd half of the race…..as his rival competitors often took 15 strides or changed their stride pattern.  That year, he qualified for the U.S. team for the 1976 Summer Olympics in Montreal…..when in his 1st international meet…..that’s when Moses won the gold medal ahead of teammate Mike Shine…..while setting a world record of 47.63 seconds in the process.

After breaking his own world record the following year at the Drake Stadium with a time of 47.45 seconds, Moses lost to West Germany’s Harald Schmid on August 26, 1977 in Berlin…..which was only his fourth defeat in the 400 m hurdles.  Beginning the next week, Moses beat Schmid by 15 meters (49 ft) in Düsseldorf…..and he did not lose another race for nine years, nine months and nine days.  Moses qualified for the 1980 U.S. Olympic team…..but was unable to compete due to the 1980 Summer Olympics boycott…..however, he did receive one of 461 Congressional Gold Medals created for the athletes….. which was akin to “kissing your sister….there just wasn’t very much there”.  At the 1984 Olympics held in Los Angeles, Moses was selected to recite the Olympic Oath…..but forgot the text during his presentation…..whereas he went on to win his 2nd Olympic gold medal.

One of the greatest experiences of my life, as the original self-proclaimed Sportsphile, was attending the 1984 Los Angeles Summer Olympic Games….. where myself and my two traveling buddies set an Olympic fan record that can never be broken….ONLY TIED…..as we attended a live Olympic event in every sport that was competed at the XXIII Olympiad.  During this monumental quest, I was fortunate to see more than a couple of handfuls of the greatest performances of the 1984 Los Angeles Games….which included USA gymnast Mary Lou Retton’s gold medal winning performance in the women’s all around competition…..USA diver Louganis’s 10 m platform diving gold medal…..USA swimmer Mary T. Meagher (Madame Butterfly) win gold in the 100 m butterfly….Great Britain’s Sebastian Coe win gold in the men’s 1500 m to become the only man to win the 1500 m in consecutive Olympic Games…..USA archer Darrell Pace win his 2nd consecutive gold medal in archery….USA basketball players Michael Jordan, Patrick Ewing and Chris Mullin beat Spain 96 – 65 to win the gold medal…..French fencing star Jean Francois Lamour winning gold in the men’s fencing sabre competition…. USA’s sprinter Valerie Briscoe-Hooks winning gold in the 400 m after winning gold in the 200 m while becoming the only female in history of Olympics to do so….Great Britain’s rower Steve Redgrave winning coxed four gold which was his 1st of 5 consecutive Olympic gold medal wins…..USA track star Carl Lewis winning 100 m gold and broad jump gold on same day….and so many more memorable Olympic highlights….but my most favorite of them all was seeing USA hurdler Edwin Moses earn his 2nd Olympic Gold in the 400 m hurdles, which was his 105th consecutive victory….and truly one of the very few orgasmic experiences in live sports in this Sportsphile’s life.

By the time American Danny Harris beat Moses in Madrid on June 4, 1987, Moses had won 122 consecutive races…..while setting the world record two more times…..plus won three World Cup titles…..along with a World Championship gold…..as well as his two Olympic gold medals…..when after the loss to Harris, he went on to win 10 more races in a row….while collecting his second world gold in Rome in August of the same year.  Moses finished 3rd in the final 400m hurdles race of his career at the 1988 Summer Olympics in Seoul.

In 1979 Moses took a leave of absence from his job with General Dynamics to devote himself to running full-time…..and in the next two years, he was instrumental in reforming international and Olympic eligibility rules…..then at his urging, an Athletes Trust Fund program was established to allow athletes to benefit from government and/or privately supplied stipends, direct payments and commercial endorsement money without jeopardizing their Olympic eligibility…..as Moses presented the plan to Juan Antonio Samaranch, President of the International Olympic Committee…..and the concept was ratified in 1981.  This fund is the basis of many Olympic athlete subsistence, stipend and corporate support programs…..which includes the United States Olympic Committee’s Direct Athlete Assistance Programs.

Despite the U.S.-led boycott that kept him from competing at the summer games in Moscow, Moses was the 1980 Track & Field News Athlete of the Year…..then a year later, he became the 1st recipient of USA Track & Field’s Jesse Owens Award…..as outstanding U.S. track and field performer for 1981. He received the AAU’s James E. Sullivan Award…..as the outstanding amateur athlete in the United States in 1983…..additionally, he was named as ABC’s Wide World of Sports Athlete of the Year in 1984…..plus, Moses also shared the Sports Illustrated Sportsman of the Year with American gymnast Mary Lou Retton in 1984…..which was the same year he took the Athlete’s Oath for the 1984 Summer Olympics…..plus, in 1984 his hometown of Dayton renamed Miami Boulevard West and Sunrise Avenue “Edwin C. Moses Boulevard”.  In 1999, Moses was ranked #47 on ESPN’s SportCentury 50 Greatest Athletes.

As a sports administrator, Moses participated in the development of a number of anti-drug policies…..while helping the track and field community develop one of sports’ most stringent random in-competition drug testing systems…..when in December 1988 he designed and created amateur sports’ 1st random out-of-competition drug testing program.  For many decades, Moses has been a leader in creating a structure and protocols that have significantly reduced the use of illegal, performance-enhancing pharmaceuticals in athletics.

After his retirement from track, Moses competed in a 1990 World Cup bobsled race at Winterberg, Germany…..when he and long-time US Olympian Brian Shimer won the two-man bronze medal.

In 1994 Moses received an MBA from Pepperdine University…..while being  inducted into the National Track and Field Hall of Fame.

Since election in 2000, Moses has been chairman of the Laureus World Sports Academy…..which seeks “to promote and increase participation in sport at every level, and also to promote the use of sport as a tool for social change around the world”…..while several dozen Olympic and world champion athletes, through the Laureus Sports for Good Foundation, work to assist disadvantaged youths around the world.

In 2008, Moses presented the Dayton Literary Peace Prize’s Lifetime Achievement Award to Martin Luther King, Jr. biographer Taylor Branch.  In May 2009, the University of Massachusetts Boston awarded Moses an honorary doctorate for his efforts to maintain the integrity of Olympic sports …..and for his use of sports as a tool for positive social change.

In concluding this story and video tribute to the incredible Edwin Moses….. who ImaSportsphile considers the most dominate athlete of all time…..I can honestly and gratefully say that it has been an absolute delight for me to revisit my greatest live sporting event that I ever experienced…..when watching the indescribable talents of 400 m hurdles legend Edwin Moses on the grandest stage of them all in track and field competition, the Olympics.  While watching these videos shared in this tribute to the greatness and dominance of “The King of the 400 m Hurdles”…..it was so easy for me to go back in time 38 years…..and remember what indelible images of he entire experience of watching Edwin Moses win his 105th consecutive race in the men’s 400 m hurdles finals on August 5, 1984.  By the time his winning streak was finally snapped at 122 consecutive races some 3 years following his golden run at the L A Coliseum…..when coupled with the memories of him at the Los Angeles Olympics…..and simply put, it just confirmed my opinion that Edwin Moses was the most dominating athlete of all time.  In addition to that incredible statement…..Edwin Moses was an extremely intelligent person of the highest integrity….for he was a class act in every regard…..as this post proves that to be true….and ImaSportsphile is truly delighted to present this post to one and all.

L E's Stories - A Boy Named Sue Becomes The Man In Black, With A Sound Like Chugging Down The Railroad Track" - The Life Story And Tribute To Johnny Cash - Part 1 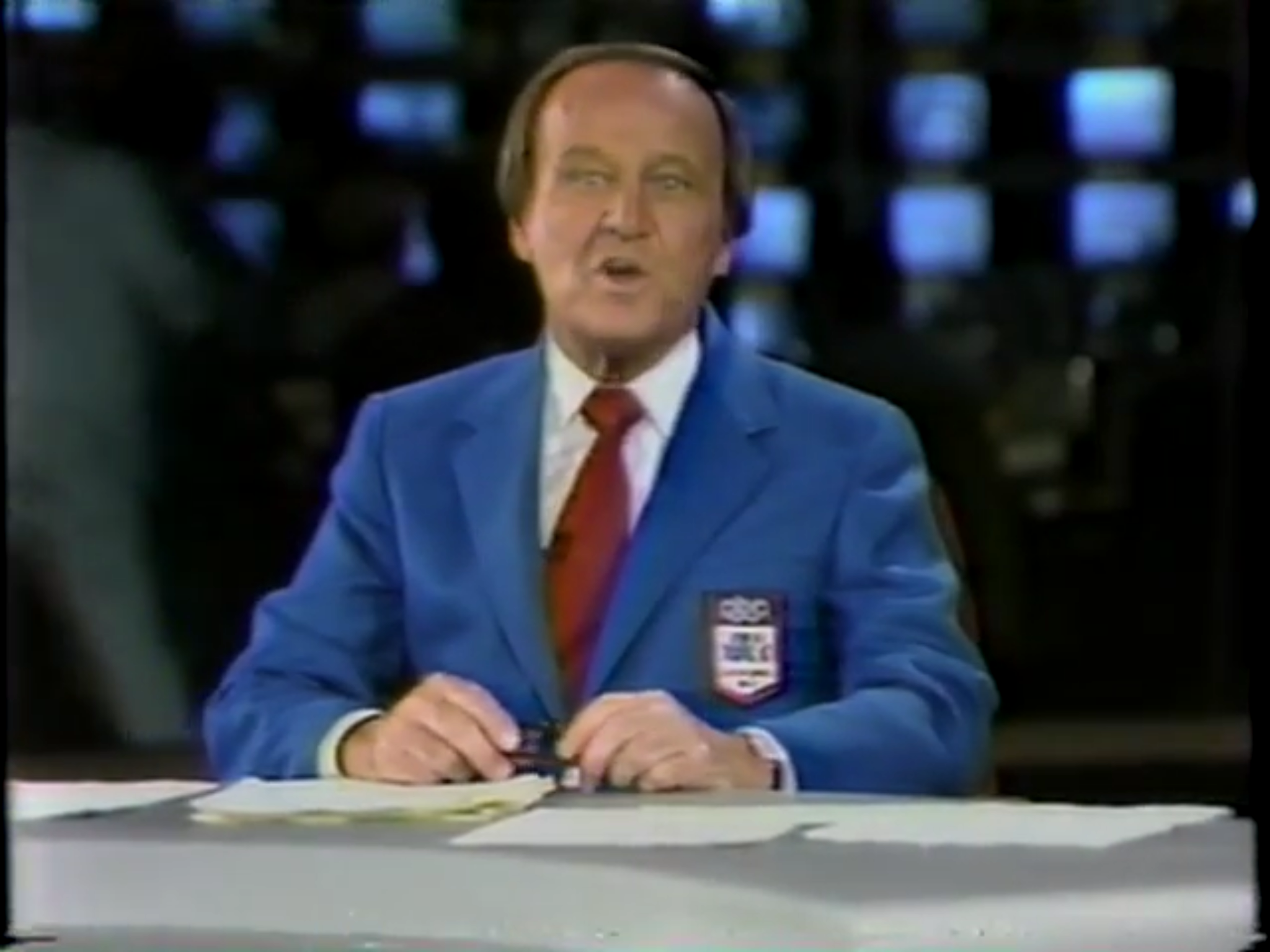 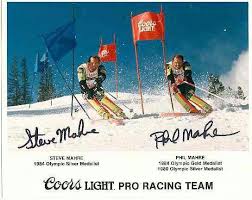