“It Don’t Mean a Thing (If It Ain’t Got That Swing)“ is a 1931 composition by Duke Ellington….  whose lyrics were written by Irving Mills…..which is now accepted as a jazz standard….as jazz historian Gunther Schuller characterized it as “now legendary” and “a prophetic piece and a prophetic title”.  The music was composed and arranged by Ellington in August 1931 during intermissions at Chicago’s Lincoln Tavern….and was first recorded by Ellington and his orchestra for Brunswick Records on February 2, 1932. After Mills wrote the lyrics, Ivie Anderson sang the vocal and trombonist Joe Nanton and alto saxophonist Johnny Hodges played the instrumental solos. The song became famous, Ellington wrote, “as the expression of a sentiment which prevailed among jazz musicians at the time.”….when Ellington credited the saying as a “credo” of his former trumpeter, Bubber Miley…..who was dying of tuberculosis at the time….when Miley died the year that the song was released…..and the Ellington band played the song continually over the years and recorded it numerous times, most often with trumpeter Ray Nance as vocalist.

On this special night when The Kennedy Center put on an incredible salute to Duke Ellington…the song was sung by two of the great jazz voices of all time…..Sarah Vaughan and Joe Williams….and we at ImaSportsphile are “tickled pink” to have this “musical diamond” in our treasure chest of vintage memories. 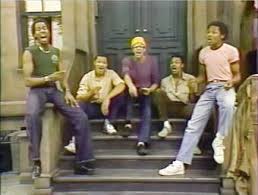 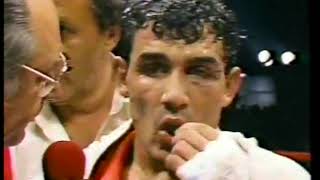