The Commodores original band was managed by Benny Ashburn….who brought them to his family’s vacation lodge on Martha’s Vineyard in 1971 and 1972…..where Ashburn test marketed the group by having them play in parking lots and summer festivals….plus, The Commodores made a brief appearance in the 1978 film Thank God It’s Friday….and they performed the song “Too Hot ta Trot” during the dance contest….while the songs “Brick House” and “Easy” were also played during the movie.  “Machine Gun”, the instrumental title track from the band’s debut album became a staple at American sporting events…. and is also in many films, including Boogie Nights and Looking for Mr. Goodbar….as it reached # 22 on the Billboard Hot 100 in 1975…..when another instrumental, “Cebu”….which is named after an island in the Philippines….also became a staple later in the band’s career.

Three albums released in 1975 and 1976….Caught in the Act….Movin’ On….and Hot on the Tracks….are considered the peak of their funk period…..when after those recordings the group developed the softer sound hinted at in their 1976 Top Ten hits “Sweet Love” and “Just to Be Close to You”…..then in 1977, The Commodores released “Easy”….which became the group’s biggest hit to that date by reaching # 4 in the U.S…..and that was followed up by another top 5 with “Brick House”….with both being from their album The Commodores. The group reached their first # 1 in 1978 with “Three Times a Lady”….which was followed by another top-five ballad, “Sail On”…..just before reaching the top of the charts once again with another ballad, “Still”.  In 1981 they released two top-ten hits with “Oh No” at # 4….along with their first upbeat single in almost five years, “Lady (You Bring Me Up)” at # 8.

In 1982, Lionel Richie left the group to pursue a solo career….as Skyler Jett replaced him as co-lead singer….and also in 1982, their manager Benjamin Ashburn….who managed Platinum Hook also, died of a heart attack aged 54….and shortly thereafter, founding member McClary left in 1983 to pursue a solo career and to develop a gospel music company. McClary was replaced by guitarist-vocalist Sheldon Reynolds. Then LaPread left in 1986 and moved to Auckland, New Zealand….and Reynolds departed for Earth, Wind & Fire in 1987….all of which prompted trumpeter William “WAK” King to take over primary guitar duties for live performances. Keyboardist Milan Williams exited the band in 1989 after allegedly refusing to tour South Africa….and that is when the group gradually abandoned its funk roots and moved into the more commercial pop arena.  In 1984 former Heatwave singer James Dean “J.D.” Nicholas assumed co-lead vocal duties with drummer Walter Orange….as that lineup was hitless until 1985 when their final Motown album, Nightshift, produced by Dennis Lambert delivered the title track “Nightshift”, a loving tribute to Marvin Gaye and Jackie Wilson, both of whom had died the previous year….as this song reached # 3 in the U.S…..while winning The Commodores their first Grammy for Best R&B Performance by a Duo or Group With Vocals in 1985.

In this video seen herewith….The Commodores perform live in concert in 1982….which was the last concert of the original group before Lionel Richie and Thomas McClary would depart on solo careers….as they sing “We Gonna Tear This Mother Down”. 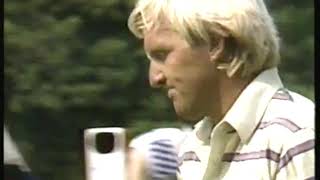 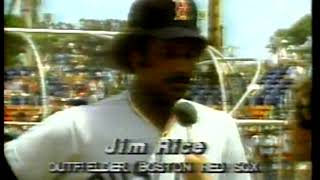 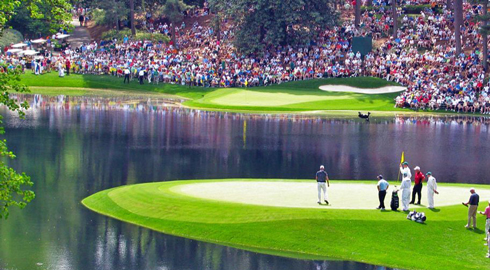