John Robert “Joe” Cocker, OBE (20 May 1944 – 22 December 2014) was an English singer and musician….who was known for his gritty voice, spasmodic body movement in performance and definitive versions of popular songs….as he had a professional stage career from 1960 to 2013….and just months before his death in 2014. Joe Cocker was a legendary rock n roll and popular singer / musician with enormous international appeal….as his music was revered all over Europe….especially in Germany.

Cocker’s cover of the Beatles’ “With a Little Help from My Friends” reached number one in the UK in 1968….then he performed the song live at Woodstock in 1969,,,,and at the Party at the Palace concert for the Golden Jubilee of Elizabeth II in 2002….as his version also became the theme song for the TV series The Wonder Years….and his 1974 cover of “You Are So Beautiful” reached number five in the US…..plus Cocker was the recipient of several awards including a 1983 Grammy Award for his US number one “Up Where We Belong,” a duet with Jennifer Warnes.

After minor success in the United States with the single “Marjorine”…Cocker entered the big time with a groundbreaking rearrangement of “With a Little Help from My Friends,” another Beatles cover….as the recording features lead guitar from Jimmy Page, drumming by B. J. Wilson, backing vocals from Sue and Sunny….with Tommy Eyre on organ. The single made the Top Ten on the UK Singles Chart….while remaining there for thirteen weeks….and eventually reaching number one….and it also reached number 68 on the US charts.

“He [Cocker] was a lovely northern lad who I loved a lot and, like many people, I loved his singing. I was especially pleased when he decided to cover “With a Little Help from My Friends” and I remember him and (producer) Denny Cordell coming round to the studio in Savile Row (central London) and playing me what they’d recorded and it was just mind-blowing, totally turned the song into a soul anthem and I was forever grateful to him for doing that.”

At the end of 1973, Cocker returned to the studio to record a new album called “I Can Stand A Little Rain”.….which was released in August 1974….becoming number 11 on the US charts….with one single, a cover of Billy Preston’s “You Are So Beautiful,”….a solo that reached the number 5 slot on the US charts.

In 1976, Cocker performed a duet with John Belushi of “Feelin’ Alright” on Saturday Night Live….as SNL’s John Belushi joined him onstage doing his famous impersonation of Cocker’s stage movements….and guess who has a copy of this performance which will eventually be posted herewith at Imasportsphile.

In 1982, at the behest of producer Stewart Levine….Cocker recorded the duet “Up Where We Belong” with Jennifer Warnes for the soundtrack of the 1982 film An Officer and a Gentleman. The song was an international hit and reached #1 on the Billboard Hot 100…plus it won a Grammy Award for Best Pop Performance by a Duo….and also won an Academy Award for Best Original Song …as Cocker and Warnes performed the song at the Academy Awards Ceremony. Several days later, he was invited to perform “You Are So Beautiful” with Ray Charles in a television tribute to the musician. In 1983, Cocker joined a star-studded line-up of British musicians, including Jimmy Page, Eric Clapton, Jeff Beck, Steve Winwood and Bill Wyman for singer Ronnie Lane’s 1983 tour to raise money for the London-based organisation Action for Research into Multiple Sclerosis….mainly because Lane was beginning to suffer from the degenerative disease.….for the tour included a performance at New York’s Madison Square Garden.

In 1993 Cocker was nominated for the Brit Award for Best British Male….then in 2007 Cocker awarded a bronze Sheffield Legends plaque in his hometown….and in 2008 he received an Order of Brittish Empire at Buckingham Palace for services to music. Joe Cocker was ranked number 97 on Rolling Stone’s 100 greatest singers of all time list.

Any way you cut the pie….Joe Cocker is a rock, blues, soul and pop music legend who deserves his place in history as presented in Imasportsphile….and when you get a chance to revisit Cocker’s rendition of Whiter Shade of Pale….Sweet Little Woman…..and Just Like Always….you just need to click on the video below and enjoy. 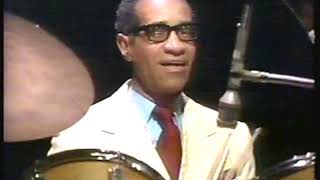 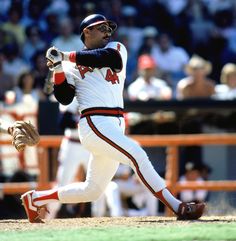 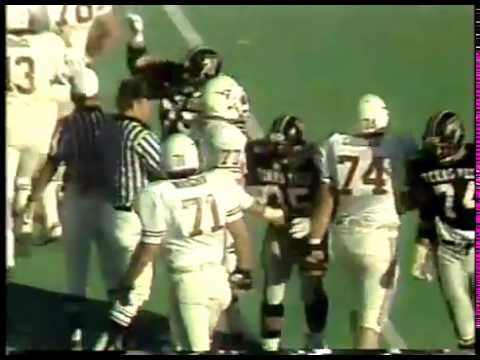 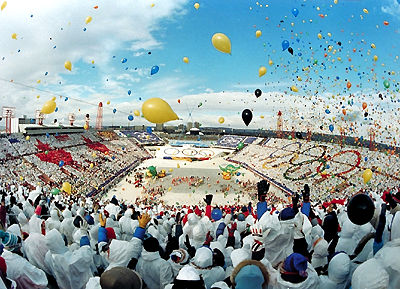