The 1974 NBA World Championship Series was the championship round of the 1973–74 National Basketball Association (NBA) season….when the Eastern Conference champion Boston Celtics defeated the Western Conference champion Milwaukee Bucks in a dynamite 7 game series to win the NBA championship. The Milwaukee Bucks returned to the NBA Finals after a three-year absence….with some  of the cast from the 1971 championship team….such as Kareem Abdul-Jabbar (then Lew Alcindor), Jon McGlocklin, Bob Dandridge and the retiring Oscar Robertson returned for another title run….however, starting guard Lucius Allen….who averaged 17.6 points and 5.2 assists per game….was injured and did not play in the series. The Bucks eliminated the Los Angeles Lakers and the Chicago Bulls in five and four games, respectively, to advance to the Finals….whereas, the Boston Celtics won a franchise record 68 games in the 1972–73 season….but a shoulder injury to John Havlicek quashed their title hopes….as they lost in seven games to the New York Knicks in the conference finals. Havlicek returned healthier for the 1973–74 season, and with Dave Cowens, Paul Silas and Jo Jo White entering the prime of their careers….the Celtics appeared poised for another title run. The Celtics, though winning 12 fewer games than the previous season….made the Finals by defeating the Buffalo Braves in six games before ousting the defending champion Knicks in five games.

The 1980 NBA World Championship Series was the championship round of the National Basketball Association (NBA)’s 1979–80 season….and the conclusion of the season’s playoffs….as the Western Conference champion Los Angeles Lakers defeated the Eastern Conference champion Philadelphia 76ers 4 games to 2.  Kareem Abdul-Jabbar was the league’s MVP….but midway through Game 5, the Lakers center suffered a severely sprained ankle…when he managed to come back in the game in the fourth quarter to lead the Lakers to victory and a 3–2 lead in the best-of-seven series….but the Lakers still had to travel to Philadelphia for Game 6. Abdul-Jabbar was listed as out of Game 6….so, Magic Johnson played what may have been the greatest game of his career….while playing on the road, Johnson (a 6’9″ rookie point guard) started the game at center…eventually playing all five positions in a dominating performance…..after scoring a game-high 42 points and grabbing a game-high 15 rebounds and handing out seven assists….as Magic led the Lakers to the NBA crown.

On a side note, here, in Game 4 of the 1980 Finals, Julius Erving executed the legendary “Baseline Move”….which was an incredible, behind-the-board reverse layup that seemed to defy gravity. 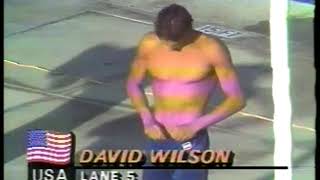 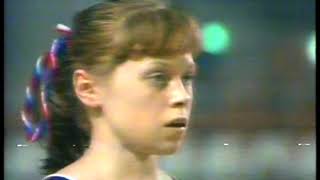 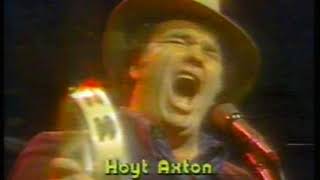