No matter how you cut the pie….for six (6) seasons from 1976 – 1982….Southwest Conference basketball experienced a rivalry for the ages between two (2) legendary coasches in college basketball…..Abe Lemons and Eddie Sutton,,,,for when these two men crossed paths in the old Southwest Conference while Sutton was at the helm of the Arkansas Razorbacks and Lemon was leading the Texas Longhorns..

Sutton won the six-year series 10-5….while seven (7) of Lemons’ losses were by six points or less….as every matchup was intense and highly competitive.  “He should have won,” Lemons explained. “He had better players.”  At the time and for all time…. it was the SWC’s most intense and entertaining rivalry….with Sutton providing the intensity….with Lemons providing the entertainment….but don’t even think that Abe wasn’t intense…..cuz he was….but his sincerely humorous and entertaining side overshadowed his intensity….but never diminished it.  Sutton was the calculating taskmaster and Lemons was the freewheeling humorist….for the same remained all the way up until Coach Abe passed.  Nike once put together a videotape called “Abe and Eddie,”…. which shared their vastly different approaches to coaching.

Lemons twice went to Fayetteville and upset Arkansas inside notoriously rowdy Barnhill Arena.  He recalls the 1980-81 season when his mediocre Texas squad upended the previously unbeaten Razorbacks 62-60….as seen in this video herewith. The day before the game, Lemons lined up his players and said, “Here’s the deal. The guy who plays the worst has to stay in Fayetteville for a week. We’ll vote on it if it’s a close call. We’ll get you a hotel room, paid for in advance.”   Lemons laughed and said, “The kids didn’t know what to do.”

Sutton dropped by to chat after the Longhorns’ pregame shoot-around session.  Lemons said he told Sutton, “May the worst team win.”  And it did.  “Barnhill was really a hard place to play, but it was kind of exciting in a lot of ways,” Lemons said. “After the game, the fans were throwing stuff at me – that sorry bunch. We go inside our locker room and everybody’s dancing around. We’re all in a huddle, holding hands, screaming, “We’re No. 50! We’re No. 50!”  Texas finished 15-15 that season.

Lemons once attended a function filled with Arkansas fans…..when the building manager initially stopped Lemons from entering by saying “You better not go in there. Those people are hostile.”

Lemons:  “Well, I once went into a place in Calcutta you couldn’t stick a rat into. I’ve worked in a slaughter house. I’ve been a lot of places. I’ll give it a try.”  Lemons enters, “And the place is packed with school kids. They see me and they freeze like they’ve seen Lucifer. One kid gave me a deadly stare.”  Lemons: “What’s your problem?”

Lemons:  “I have to coach there ’cause I’m old. Besides, why are you mad at me?”

Lemons:  “You outta be calling Eddie Sutton. He had the best team. Ask him why he got beat. I couldn’t help it.”

Shortly after Lemons retired, a lady in Arkansas approached him and said, “We wish you were still coaching. We just loved hating you.”

Although Sutton and Lemons talked quite often after their rivalry ended….as Sutton reserves a chair for Lemons on press row inside Oklahoma States’ Gallagher-Iba Arena whenever needed…..and although most of the bitterness is over….as the 75-year-old Lemons admitted “Ahh, I’m about over it …I’m too old to do anything about it.”

Since Bone Daddy had a wonderful personal and business relationship with Coach Abe Lemons….he always comment on how Coach retained his uncanny ability to rip someone to shreds while causing your side to ache from laughter….saying that his life has been one long “roast”…..evidenced by such a roast which took place in Little Rock, AR….when Lemons didn’t wear a tuxedo to the event….but instead, he wore overalls and a wig similar to Sutton’s hairstyle at the time….as Coach Abe and Indiana coach Bob Knight bombarded Sutton and Arkansans with an array of insulting remarks….which is pretty much the point of a roast.  “I guess they didn’t know what a roast was, but we gave them a pretty good goin’ over,” Lemons said. “After the roast, they invited everybody to go over to the governor’s mansion…..but me and Bobby didn’t get to go. Eddie never thanked us for showing up, neither. Never said a word.”

Lemons insists Arkansas wasn’t his biggest rival while he was at Texas….saying “Eddie once told me he was our biggest game,”

Lemons:  “Look, if I had a choice of beating you or beating Rice, I’d rather beat Rice.”

Sutton:   “What are you talking about?”

Sutton:  “You don’t really believe that.”

At the 1979 SWC Tournament in Houston, Arkansas edged Texas 39-38…..after which Sutton said “that was one of the greatest games ever played,”….to which Lemons said. “That was the lowlight of my whole 50 years of coaching.’ Oh, it was awful. Absolutely awful.”

The rivalry often became heated as evidenced when Coach Abe was heard to say….“Eddie grabbed one of my players one time….and I told him I was going to tear his Sunday clothes if he ever did it again. Eddie claims he never did it, but we’ve got it on film.”

Regarding his secret to beating Sutton…..“We kind of had his number on a few things,” Lemons said. “He hated (facing) a zone defense….cuz he has some weaknesses….one thing is you never reverse-pivot on them….or they’ll just fall over dead. They’ll be flopping all over the place. We reverse-pivoted one game, and three of his guys hit the deck….when it got close at the end of a game, they’d just fall down. (Sutton’s teams) were the masters at that. You just look at one of them (and) they’ll faint.”

Eventually, Lemons stopped with the jokes and paid his respects…..“Eddie’s really one of the better coaches to come around….he’s really good….one reason lately is he went to the Henry Iba Christmas practice theory (holding numerous daily workouts during Christmas break….cuz teams usually didn’t come out very tough after Christmas….everybody’s singin’ jingle bells, filling up stockings, eating food, playing pool, laughing, telling jokes….but Eddie’s got his team out there practicing three times a day (actually twice….so when they come out of the chute, they’re ready to play. Eddie’s a calculator….an old-time coach who knows just how to do it. When he made former OSU All-America center Bryant Reeves a player, he sold me.”

Sutton has called the 7-foot, 290-pound Reeves, a Gans native, his greatest success story. Reeves now plays for the NBA Vancouver Grizzlies….motivating Coach Abe to say….“I think Eddie’s a witch….for there ain’t nobody can make Reeves a player. There’s no way you can make that guy a player. I’m telling you, you watch, it’ll come out one of these days that Eddie Sutton worships the devil or something….cuz nobody could make Reeves a player….he is slow and can’t run or jump….and now he’s got one of the richest contracts anybody’s ever signed ($65 million for six years in 1995).  It’s is truly amazing that Eddie’s put as many centers in the NBA as anybody, and they can’t score. They get two points a game, yet somebody sees something in them and they stay in the league forever.”

Deep down, Lemons might actually admit to liking Sutton….“Well, I like him better than I like Billy Tubbs (the former Oklahoma coach). You know, Tubbs has never had any friends. He won’t give you the chance. You’d like to be his friend, but he won’t let you.”  Asked if he was pulling for Sutton when he was going after his 600th career victory, Lemons paused and said…. “Would that make any difference?….but I will say this, the formula to building such an impressive record is that Sutton’s a master schedule-maker ….and you better believe that is part of why he has been so successful.”

Lemons was prevented No. 600 on a lousy call during the District 9 postseason tournament in 1990 while coaching his last game Oklahoma City….saying “It was a lousy call…even their kid said it was a bad call. Their guy was about 5-3 and went up for a shot….and my guy was about 6-6 and just put his hand on the ball….and the referee called a foul.  That just kind of sums up my whole life….bad call….bad call….of all the ways to go….I go out on a bad call.”

As for Sutton getting his 600th, Lemons said, “He’ll probably win on a bad call. That’d be my guess.” 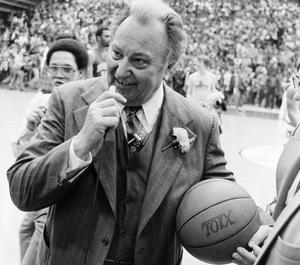 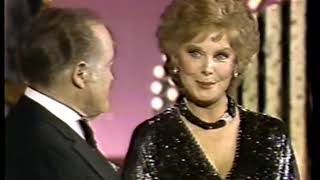 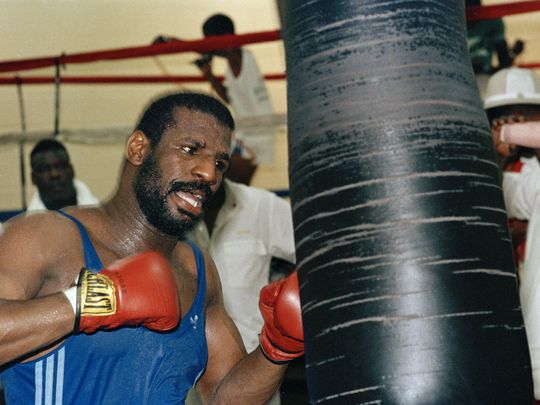