We have posted over 2100 videos here on our ImaSportsphile web page….with many that are absolutely “nuggets of gold” in our treasure chest of vintage memories….but none more than this nine minute NFL Films piece about the NFL’s Best Ever Teams is every bit as good as any of those other treasures….as the teams, the games and the players from this film were as good as they get….plus, the legendary voice of NFL Films, John Facenda, is at the mike narrating this awesome video.

Only one time in NFL history has a team gone undefeated throughout the regular season and then through the playoffs to win the Super Bowl….and that was Coach Don Shula’s 1972 Miami Dolphins…. who showcased seven future members of the Hall of Fame….with QB Bob Griese, FB Larry Czonka, WR Paul Warfield, OT Larry Little, OG Jim Langer, LB Nick Buoniconti and DT Bill Stanfill….along with Coach Don Shula.  What a stable of running backs the Dolphins had in 1972….with a “shifty speed merchant” in Mercury Morris….an elusive “speed and power” back in Jim Kiick, who could reach and turn the corner extremely well….and “power-packed bulldozing” fullback in Larry Czonka….it is little wonder that Griese to WR Howard Twilley, WR Paul Warfield and TE Marv Flemming was so successful in the passing game.

NFL Films ended up naming Coach Chuck Noll’s Pittsburgh Steelers of the 1970’s as the Best Team Ever….after winning 4 x Super Bowls during the decade….and when you consider that this team had a Hall of Fame coach in Chuck Noll….along with eight future members of the Hall of Fame in QB Terry Bradshaw, RB Franco Harris, WR John Stallworth, WR Lynn Swann, DE Joe Greene, C Mike Webster, LB Jack Ham and LB Jack Lambert….it is easy to understand how the Steelers won four Super Bowls during the 1970’s….and were picked by NFL Films in 1983 as the Best Team Ever. 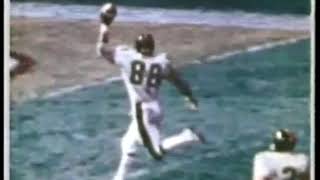 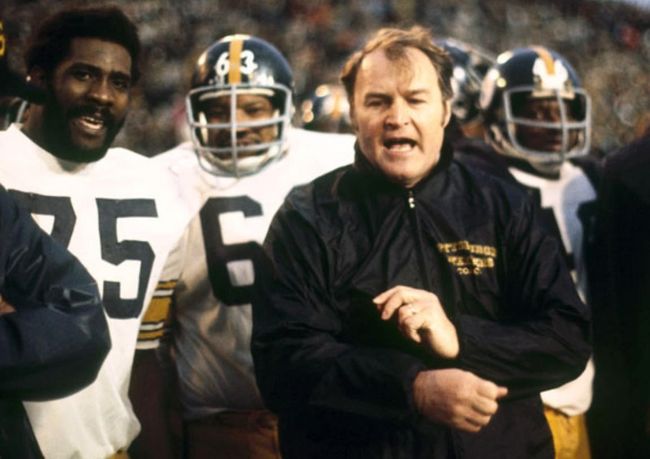