This boxing match is for the IBF Heavyweight Championship….which had been stripped from Michael Spinks for refusing to fight the # 1 contender Tony Tucker….who had a professional record of 33 – 0 with 28 KO’s….while his opponent # 2 rated IBF contender Buster Douglas….whose record was 23 – 2 with 15 KO’s.

Buster Douglas made his professional debut on May 31, 1981 by defeating Dan O’Malley in a four round bout…..followed by four more wins before coming into a fight with David Bey twenty pounds heavier than he usually did in his early fights….when Bey knocked him out in the second round to hand him his first defeat. After six more fights, all wins, Douglas fought Steffen Tangstad to a draw on October 16, 1982…..as he was penalized two points during the course of the fight which proved to be the difference.  After the draw Douglas beat largely journeyman fighters over the next fourteen months. Two of his wins were against Jesse Clark….whom he fought a total of three times and knocked him out all three times. In his last fight of 1983, Douglas was dominating opponent Mike White, but White knocked him out in the ninth round. On November 9, Douglas was scheduled to fight heavyweight contender Trevor Berbick in Las Vegas….only to have Berbick pull out of the bout three days before it was scheduled…and having Randall “Tex” Cobb elected to take the fight in Berbick’s place….whom he defeated by winning a majority decision. The next year he fought up-and-coming contender Jesse Ferguson….but was beaten by majority decision…after which Douglas fought three times in 1986….defeating former champion Greg Page and fringe contender David Jaco in two of the fights….which earned him a shot at the International Boxing Federation (IBF) championship that Michael Spinks was stripped of for refusing to defend it….which is the fight seen in this video herewith.  Douglas started well against Tony Tucker and was ahead on points….but he ran out of gas and was stopped in the tenth round. After the Tucker defeat Douglas won four consecutive fights and went on to fight Trevor Berbick in 1989….winning by a unanimous decision. He followed that up with a unanimous decision victory over future heavyweight champion Oliver McCall….earning him a shot at the undisputed heavyweight championship held by Mike Tyson….who became the universally recognized champion after knocking out Spinks in one round in 1988….a fight where Douglas fought on the under-card of the event and defeated Mike Williams by TKO in seven rounds.

Buster Douglas stepped into the annals of boxing history by knocking out Iron Mike Tyson….the only time Tyson was knocked out in his entire professional career. At the time, Tyson was unbeaten and considered to be the best boxer in the world….and one of the most feared heavyweight champions in history due to his utter domination of the division over the previous three years. The only casino to even make odds for the fight (all others declining to do so as they considered the fight such a foregone conclusion)….had Douglas as a 42-to-1 underdog for the fight….making his victory, in commentator Jim Lampley’s words, “the biggest upset in the history of heavyweight championship fights.”  Douglas held the title for eight months and two weeks, losing on October 25, 1990 to Evander Holyfield via third-round knockout, in his only title defense.

After turning pro in 1980, Tucker’s early fights were often shown on NBC, as part of a collection known as “Tomorrow’s Champions”….as his progress in the professional ranks was slow. He was injury prone, and he changed managers and trainers several times….only to eventually have his father Bob Tucker perform both roles….so, after enjoying a high profile upon his professional debut….he spent the majority of the 1980’s boxing in off-TV bouts. In addition, he injured his knee in a bout against Danny Sutton, which caused him to miss a little over a year.  In June 1984, he scored a win by knocking out Eddie “The Animal” Lopez in 9 rounds on the under-card of the Tommy Hearns vs Roberto Duran fight….as it was the first time Lopez had ever been knocked down. In September 1984, he followed it up by outpointing Jimmy Young….followed by a bout with James “Broad Axe” Broad for the USBA Heavyweight belt and a world title eliminator. Tucker won by unanimous decision.

Home Box Office and Don King Productions orchestrated a Heavyweight unification series for 1987….planning among its bouts a match between reigning IBF champion Michael Spinks and Tucker. Spinks refused to face Tucker, opting instead for a more lucrative bout with Gerry Cooney….causing the IBF to strip Spinks of his title and mandating that Tucker (as the IBF’s number 1-ranked contender) face its number 2 contender, Buster Douglas….as Tucker won the bout and the vacant IBF crown via 10th-round technical knockout….to which Tucker….as the winner of the IBF title….was obligated to immediately defend his title in a unification bout with WBA / WBC champion Mike Tyson….in what would be the tournament final. Even though Tucker faced Tyson while having a broken hand on August 1, 1987….Tyson beat Tucker by unanimous decision to unify the three championship titles….in the process giving Tucker the distinction of having the shortest championship reign in the history of the Heavyweight division (64 days).

Coincidentally, eight years later this exact scenario would unfold to give Tucker another title shot, as the WBA would withdraw its championship recognition of George Foreman on March 4, 1995 after Foreman refused to face Tucker (who was its designated #1 contender)….and unlike the 1987 scenario….this time Tucker would not earn a championship….as he would lose the match mandated by the WBA, against #2-ranked contender Bruce Seldon. Tucker returned to boxing in 1990, and by 1992 was back in Don King’s stable. He won the NABF belt with a split decision over the highly ranked Orlin Norris….then he successfully defended the title against future world champion Oliver McCall….winning another 12-round decision. He finished 1992 with a 6th-round TKO of Frankie Swindell and set himself up for another world title shot.

By 1993, Tucker had run his record up to 49–1 and in May of that year he challenged Lennox Lewis for the WBC world heavyweight title….which Lewis won a 12-round unanimous decision after knocking down Tucker twice. It was the first time in 34-year-old Tucker’s career that he had been off his feet. In 1995, George Foreman refused to defend his WBA world heavyweight title against Tucker….after choosing to fight German Axel Schulz….leading to Tucker and Bruce Seldon fighting for the vacant WBA belt in April 1995….which Seldon won by TKO after 7 rounds….when doctors stopped the fight due to Tucker’s eye closing shut. Tucker lost his shot at a rematch when later that year he was outpointed by a newly signed Don King heavyweight, British-Nigerian boxer Henry Akinwande, over ten rounds.

Again, here were two more heavyweight fighters who fall into my “great boxer” category for my golden age of boxing era. 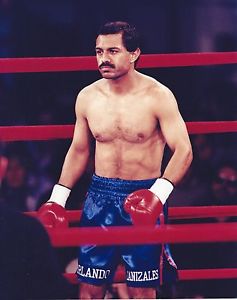 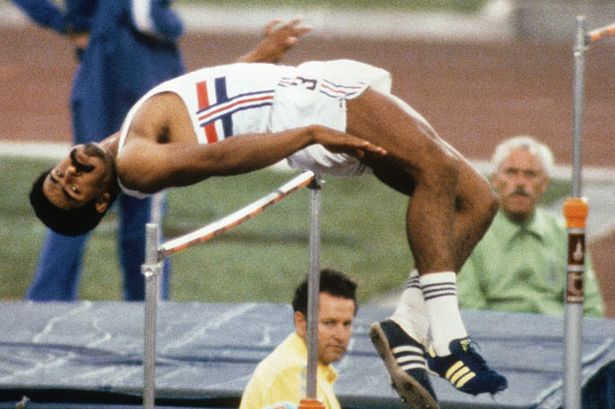 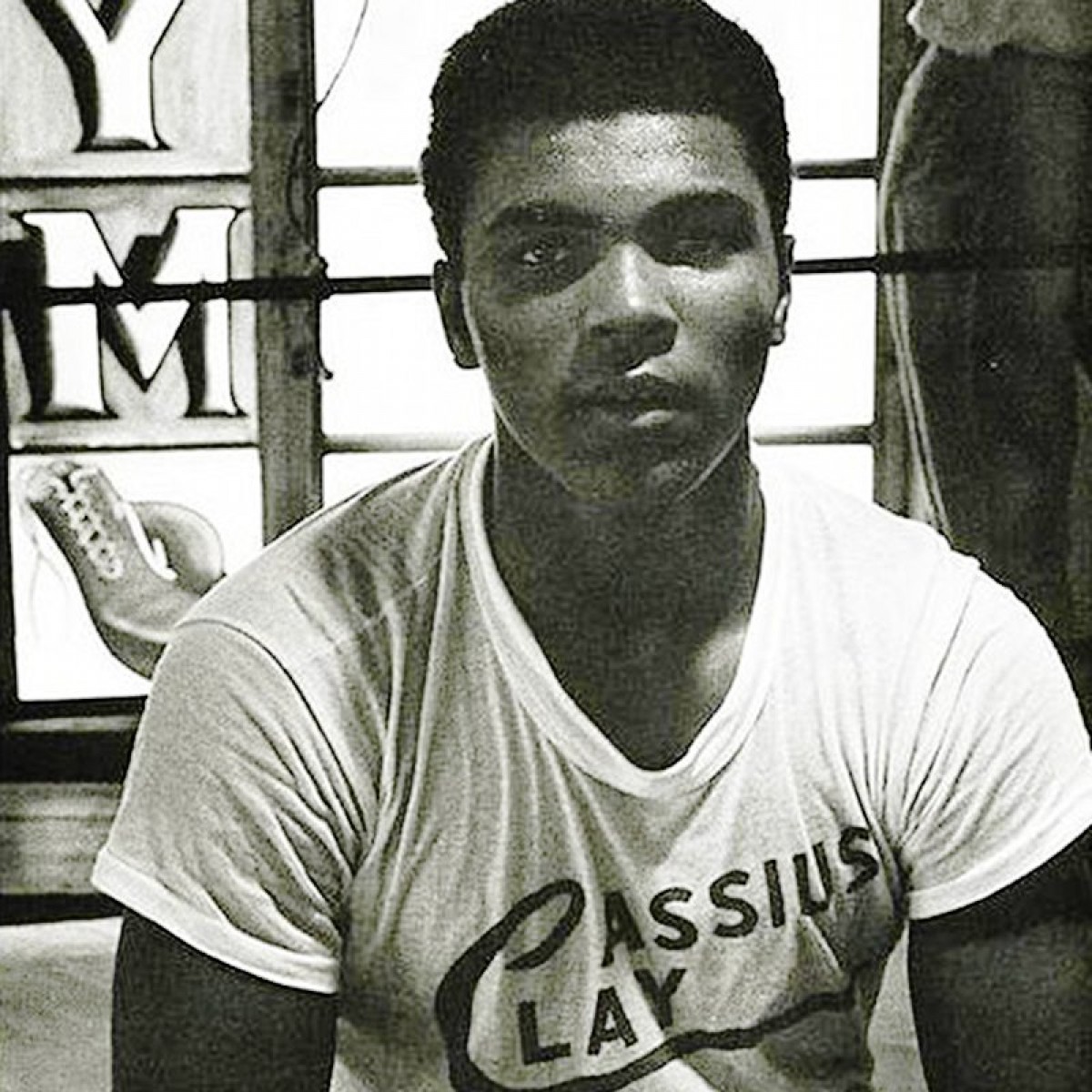